State of the Union guests hope presence will make impact 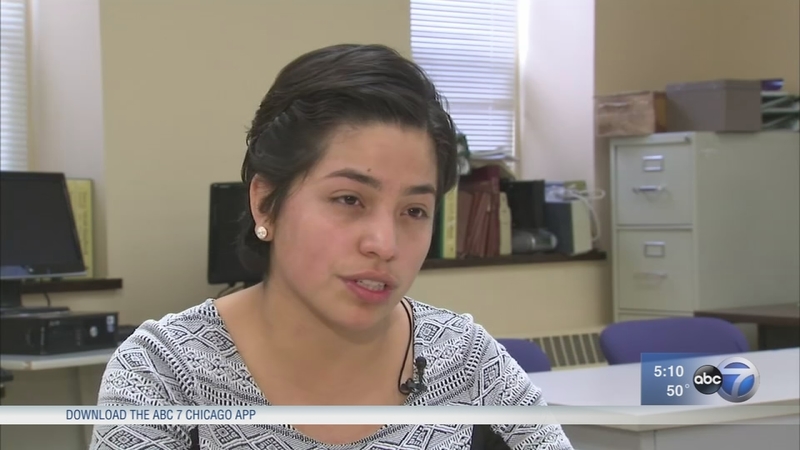 State of the Union guests hope presence will make impact

CHICAGO (WLS) -- U.S. President Donald Trump is preparing to deliver his first State of the Union Address on Tuesday. Meanwhile, lawmakers and others hope to send a message to Trump with their presence.

Ana Campa Castillo was 6 year old when her parents brought her to the United States from Mexico. As a DACA recipient, she spends her days completing her degree at Joliet Junior College or volunteering at Joliet's Spanish Community Center.

This week, the 26-year-old year will take a break from it all and attend Trump's State of the Union Address as a guest of Illinois Congressman Bill Foster.

"I'm truly honored, I didn't expect the call whatsoever," said Castillo, who met the congressman on a panel.

It will be Castillo's first trip to Washington D.C., and she hopes her presence at the State of the Union will send a message to Trump and other lawmakers that DACA recipients will keep fighting.

"Emotionally to me, it's impacting my life right now, especially knowing they are using us as chips," said Castillo.

Erin Walton hopes her presence at the State of the Union will highlight the #MeToo and #TimesUp movements. As the executive director of Chicago's Rape Victim Advocates, Walton will be the guest of Congressman Mike Quigley.

Walton doubts Trump will include the #MeToo movement in his address because he himself has been accused of sexual assault.

"I don't think he will, but our presence in the room and space will hopefully encourage everyone participating that we all have a role in preventing sex assault from happening," said Walton.

Walton said while her organization has been around for decades, the #MeToo movement is a moment in history that she hopes is long lasting.

"Our phones have been ringing off the hook more than ever before we've also had a strong influx of donors, who have said I want to get involved," said Walton.