Celebs, activists speak at 'hopeful, public alternative to Trump's State of the Union' 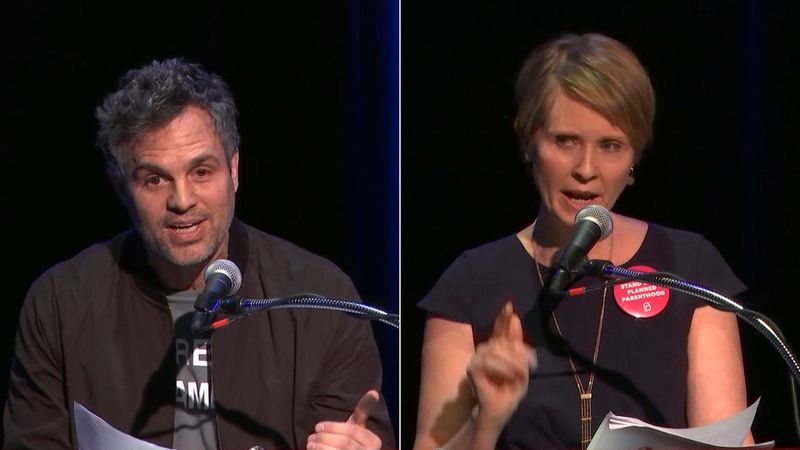 Celebs speak at counter-event to State of the Union

MANHATTAN -- Celebrities, politicians and activists held an event called "The People's State of the Union" in New York on Jan. 29.

"We wanted to hear from the people who are actually working really hard for the positive vision of America," actor Mark Ruffalo explained in a speech.

The event was a self-described "hopeful, public alternative to Trump's State of the Union speech."

"The State of the Union is people are fired up," Mayor Bill de Blasio said. "People are awake, and alive and organized and activated all over this country."

The event was hosted by several groups including the Women's March, Planned Parenthood and Move On, a youth-led immigrant organization. It was held in The Town Hall, a historic New York venue founded in 1921 by a group of suffragists.

Other attendees included Cynthia Nixon, Michael Moore and Wanda Sykes. Common and Andra Day performed their Oscar-nominated song "Stand Up For Something."