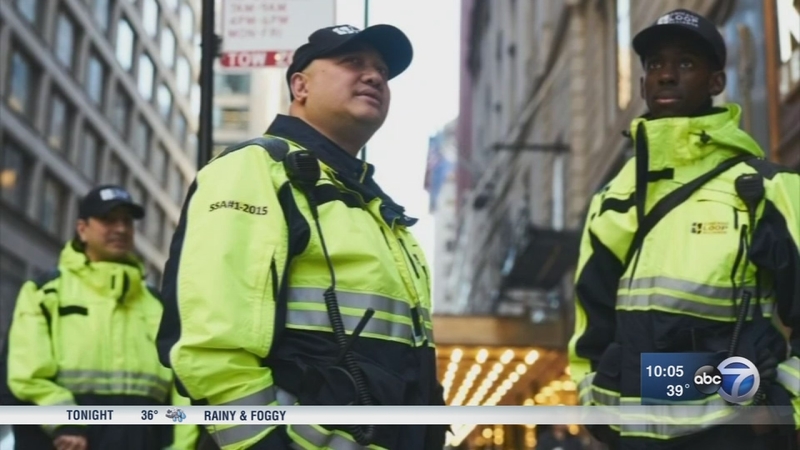 The armed guards will be a show of force to stop an uptick in crime like retail theft. According to the Chicago Loop Alliance, two million people per week visit State Street alone.

"We felt like we needed a little more authority on State to deal with some of the problems police just can't get to, because they're so busy in the Loop with so many things," said Michael Edwards, CEO of Chicago Loop Alliance.

The two guards will patrol State Street and parts of Wabash during peak hours. They will have badges and will be able to arrest people.

"We get calls all the time from shop owners that have somebody acting up in their store, destroying the bathroom or stealing things," Edwards said. "If you look at crime records, theft is the number one thing that happens on State Street and the Loop and really all of Chicago."

Just yesterday, police arrested three men after chasing them along the Riverwalk. Officers said the trio had just robbed someone near 100 West Wacker Drive.

Muggings are common but often left unsolved. And two weeks ago a suspect allegedly shot and killed a CPD commander near the Thompson Center mid-afternoon.

"We've been thinking about this for over a year, and recent events, though extremely unfortunate, left stakeholders feel like we just need a little more effort to maintain a certain level of civility on State Street," said Edwards.

Still, the idea of armed guards on street left some people a little uneasy.

The Chicago Loop Alliance said the guards will wear marked security uniforms and patrol in two shifts on Fridays and Saturdays. When the weather warms the guards will also patrol on Thursdays.