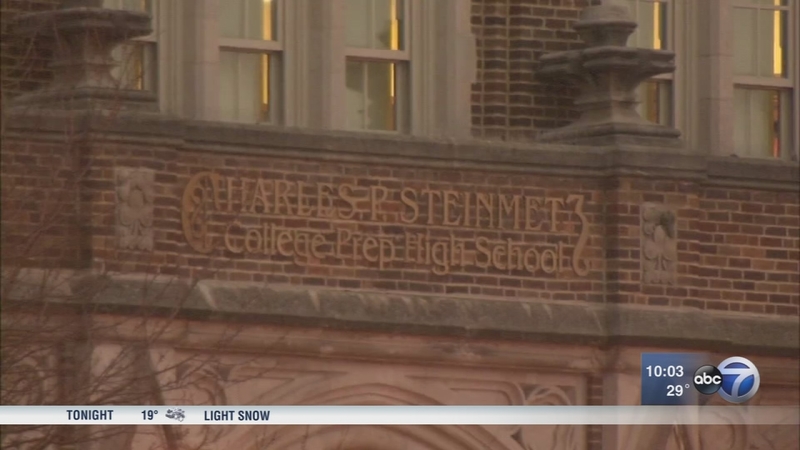 CHICAGO (WLS) -- The Steinmetz boys basketball team boarded the bus headed back to school in Belmont Cragin Wednesday evening after an away game across town. But the team's coach, sources said, was too injured to stand on the sidelines.

"I think at all schools there's a lot of fights and Steinmetz has problems, but I think it was really surprising to see a student would disrespect Mr. Dowling like that," said sophomore Evie Ventura.

Chicago police said they arrested a 14-year-old Steinmetz High School student on Dec. 8 for physically striking a teacher with a clenched fist. That teacher, students said, was a well-liked gym teacher and boys' basketball coach.

"He really cares about the students and he'll help you out all the time. He's just really nice," said Ventura.

"They should have no right to do that to a teacher," said sophomore Bidalia Reed.

The freshman student has been charged with a felony and a misdemeanor after police said he attacked and threatened two school employees.

But as an evening concert let out at the school, some students and parents still had no idea about the alleged attack.

"If this incident really happened, I'm in shock, disappointed and they should have informed us," said Bidalia Tejeda, Reed's mother.