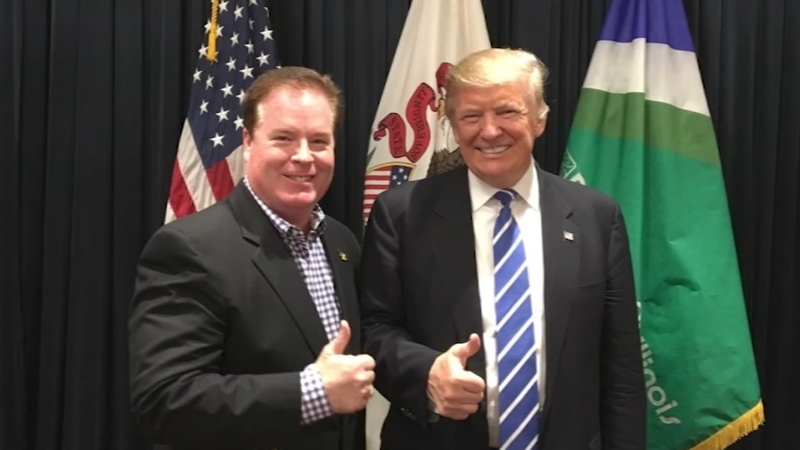 CHICAGO (WLS) -- In a lightning-fast verdict, Chicago banker Stephen Calk was found guilty on all counts Tuesday morning in a federal bribery case, according to attorneys in a New York City courtroom.

Prosecutors said he tried to trade $16 million in loans given to 2016 Trump campaign chair Paul Manafort in exchange for a top administration post, from secretary of the Army to treasury secretary to an ambassadorship.

Calk is the founder and now-ex chairman of The Federal Savings Bank in Chicago's Fulton Market neighborhood.

"This quick verdict means the government's case was really strong. The conventional wisdom around criminal courthouses is that it take jurors about a day to deliberate for every week of testimony, now there was three weeks of testimony in this case -- didn't take them three days, didn't take them two days -- took them less than half a day and it really suggests the jurors didn't see this as a close case -they heard what they needed to hear, they came back quickly with a verdict," said former federal prosecutor Gil Soffer, legal analyst for ABC7.

The bribery case grew from an investigation of Russian influence on the 2016 election conducted by Special Counsel Robert Mueller. Calk has steadfastly denied the charges of a quid pro quo with Manafort and contends that $16 million in loans to the campaign boss were solid. Among those leading Calk's legal team is Jeremy Margolis, a former assistant U.S. Attorney in Chicago and ex-director of the Illinois State Police.

Manafort, convicted in separate and unrelated financial crime cases, was pardoned by President Trump and is not charged with Calk.

Calk and his legal team left the courthouse in Lower Manhattan this morning without commenting. He will remain on bond until sentencing scheduled for January.

In a statement provided to the I-Team, the current Federal Savings Bank chairman, John Calk, Stephen's brother said, "The Bank respects the trial process" and notes his brother hasn't worked there for more than two years.

The U.S. Attorney in Manhattan now says this case sends a message that corruption at high levels will be prosecuted. And in a quirk of timing, Stephen Calk's sentencing has been set for next January 10, five years to the very day that he formally interviewed at Trump Tower for undersecretary of the Army.