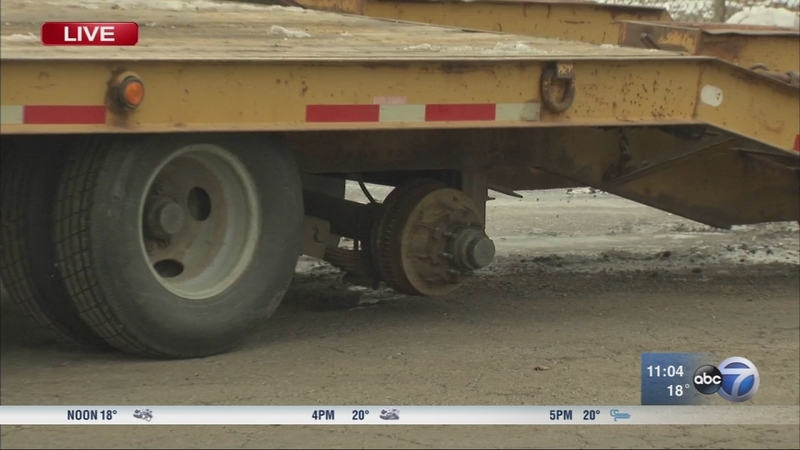 Tires fly off truck on Stevenson

The other tire flew over the dividing wall and struck Corinne Dzieman's Honda Civic in the outbound lanes. She was thankful she wasn't hurt.

"Some cars in front of me, maybe two, started swerving. All I saw is this big tire - like it was coming from the sky - and hit me head on," Dzieman said.

Larry Bridges, a Pace worker, arrived at the scene minutes after the accident. He said the bus driver was shaken up, but they were able to transfer the passengers safely to another bus.

Investigators are looking into what happened. Chopper 7HD flew over a parking lot along Harlem Avenue just north of I-55, where police vehicles, the pace bus, the car and the truck were parked.

Roger Scott, a colleague of the person who was driving the truck for Kramer Tree Specialists, spoke with ABC7 Eyewitness News briefly on camera.

"I just got here. Haven't even talked to the officer yet," Scott said.

Dzieman was on her way to work when the tire hit her car. She said despite the accident, she planned to go into the office Thursday.