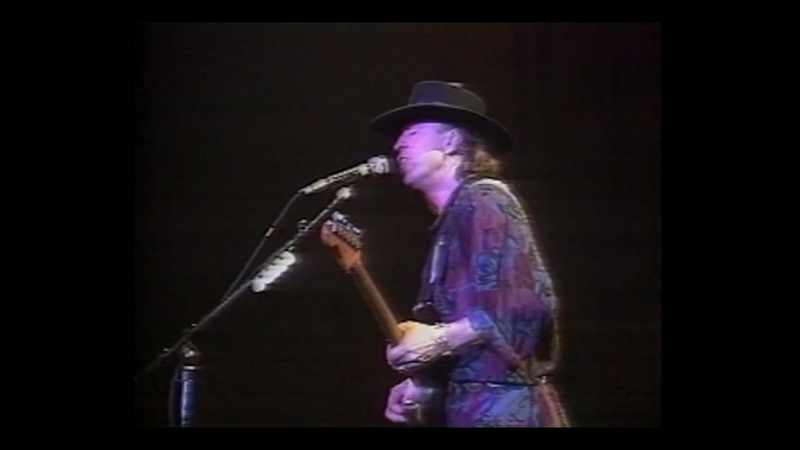 CHICAGO (WLS) -- Stevie Ray Vaughan was among the most successful and revered blues guitarists in history when he died in a helicopter crash on his way to Chicago on August 27, 1990.

"You don't find too many guitar players that can play the style of blues and rock guitar that he played that also had the same kind of precision. I mean the guy didn't miss a note," said Lin Brehmer, a long-time DJ at WXRT.

"Stevie was not only a great talent, but also probably the greatest popularizer of blues guitar in history," Iglauer said.

Iglauer worked with Vaughan as co-producers on the recording of Lonnie Mack's "Strike Like Lightning," which featured Vaughan's electrifying guitar solos on several tracks.

"He brought technique, he brought passion, he brought a deep blues knowledge to his music," Iglauer said.

Chicago-born guitarist Ronnie Baker Brooks performed several times with Vaughan and befriended him in the years before his death.

"I knew Stevie through my father. He was a huge fan of my dad," said Brooks, who's dad Lonnie Brooks is another blues legend.

Vaughan fought a public battle with drug addiction. And Brehmer said that Vaughan was "on the up-swing" in 1990.

"He was through it. And it doesn't seem fair," Brehmer said.

The night before, Vaughan had performed alongside Eric Clapton, Robert Cray, Buddy Guy and brother Jimmie Vaughan. Many in attendance, including Buddy Guy, called it one of Stevie's best live sets ever.

An investigation into the crash determined "pilot error" was the cause of the helicopter crash, which occurred in heavy fog.

Vaughan was admitted posthumously to the Rock And Roll Hall of Fame in 2015, having won six Grammy Awards and leaving an indelible impact on American music.

"I miss Stevie, but he left a huge legacy and he opened a lot of doors for the blues," Brooks said.