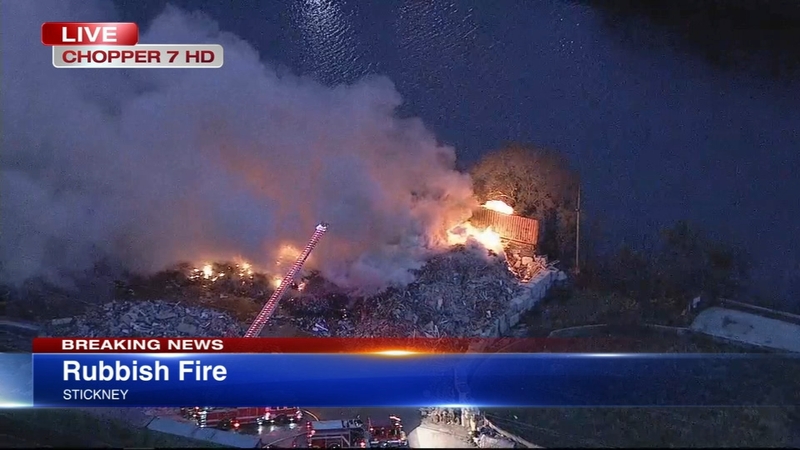 The fire appeared to be contained to the junkyard, but firefighters were having a difficult time controlling the flames due to a lack of hydrants, Stickney police said.

Several fire departments were assisting, including Berwyn, Riverside, Cicero and Summit. The Chicago Fire Department was also called upon for their water boats. The junkyard is located next to the I & M Canal.

Large flames and smokes were visible from the Stevenson Expressway during rush hour Thursday morning.