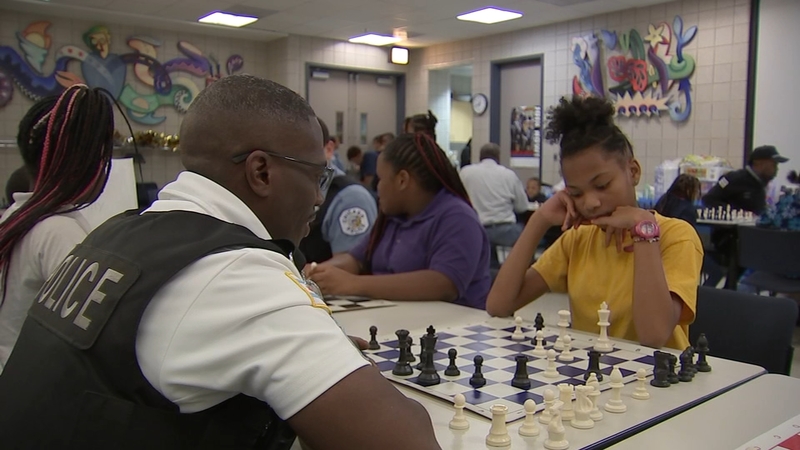 CHICAGO (WLS) -- Some kids are getting into the game of chess and staying off the streets.

The friendly face-off is about more than just making the right moves, it's about how the game of chess is being used to help a community besieged by violence.

"We chose chess, not just because it's a game of chess. It's a lifesaving strategy," said Strategic Moves founder Raydell Lacey.

Raydell Lacey started her program, Not Before My Parents, after losing her daughter Elonda to violence in 1994.

Lacey began raising money through her organization to help other people who'd also lost their children to violence. Lacey said she knew she had to take her efforts a step further after tragedy struck her for a second time. Just three years ago, she said gun violence claimed the life of her 19-year-old grandson.

"I was like, 'oh my goodness, what I'm I going to do. I got to do more than I just sell t-shirts,'" Lacey said she told herself.

After noticing how focused her son was while playing chess, she had the idea of starting a chess club and using the game as a tool to fight violence.

Two years later, Lacey is still driving many of the neighborhood kids to the club's regular weekly lessons and monthly matches with officers at the Chicago Police Department's 7th District in West Englewood.

"The thing is, this is a very strategic game in that its letting you know that your actions have consequences," said Sergeant Dixon with the Chicago Police Department.

Strategic Moves is also helping change the relationship between the community and the police for the better.

"I hope that they take from this that they have friends in us," said CPD Officer Joshua Sheldon. "They have partners in us. We are together in this."