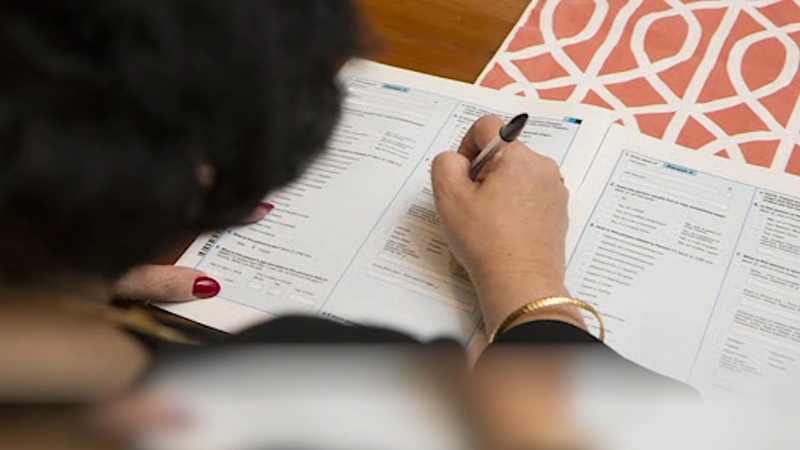 CHICAGO (WLS) -- Illinois could lose billions of federal dollars if undercounted in the 2020 Census.

The United States Supreme Court didn't buy the Trump administration's explanation of enforcing the Voting Rights Act as a reason for the citizenship question. Calling the decision ridiculous, President Trump is asking his lawyers to delay the census.

Whether you are born in the United States or not, the purpose of the census to get a head count of everyone who is here. It is not about who you are or what you are. So when the Trump administration pushed for a citizenship question to be asked on the 2020 census, many argued the intent was politically motivated.

"Ever since this case was argued, new evidence has emerged that the purpose of this question was really to reduce Latino participation," said Ed Yohnka, ACLU of Illinois.

The Supreme Court called the administration's reasoning behind the citizenship question "suspicious," and sent the case back to lower courts for additional arguments.

"It's good news for now, it does let us breathe a little easy knowing we have to continue this important get out the count campaign," said Anita Banerji, director of democracy initiative at ForeFront.

Banerji's organization Forefront is coordinating census outreach and education with government officials, non-profits and philanthropy. One of the groups Forefront is working with is the Latino Policy Forum. Executive Director Sylvia Puente hopes Thursday's Supreme Court decision will limit the fear people have filling out a census form, but she feels the damage from the Trump administration may already be done

"The hurdle and the bar is much higher to try to have people feel comfortable feeling out their census form," Puente said.

Illinois stands to lose big if the state is undercounted. The census determines the number of congressional seats each state gets and the amount federal dollars for roads, schools, and healthcare

"For every person not counted, estimates are we could lose $1.2 billion over the course of two years, if we don't have a proper count," said Puente.

Puente said the state of Illinois is allocating close to $30 million for census outreach.