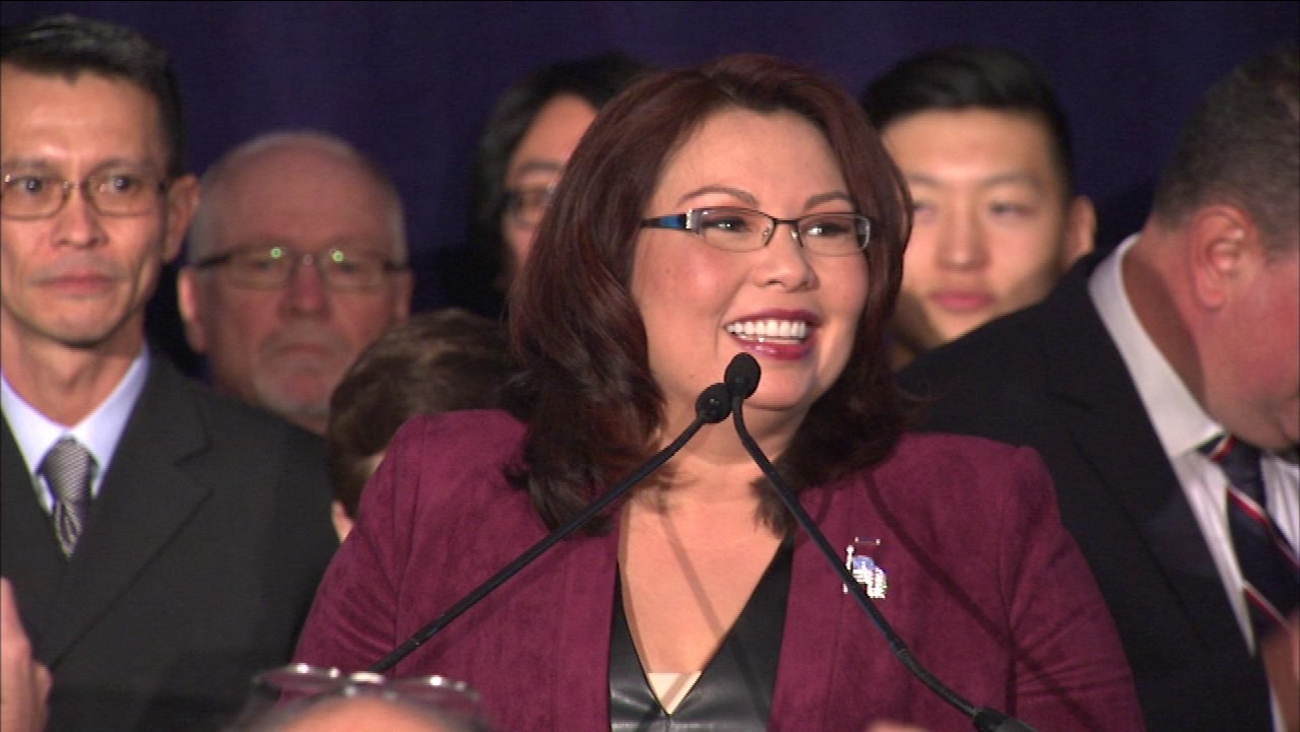 Kirk asked Duckworth to meet for lunch at Manny's Deli to talk about the transition and Illinois' future.

Kirk said he hopes the lunches become a tradition in Illinois.

Duckworth and the other newly elected senators take the oath of office in January.

Duckworth said she is hopeful there will be an immigration reform bill. She said she will speak up when she disagrees with Trump.