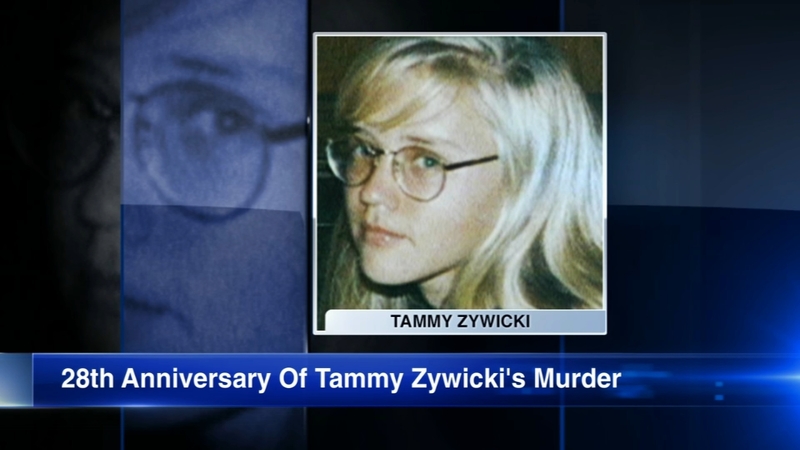 LOCKPORT, Ill. (WLS) -- Illinois State Police are bringing new attention to an unsolved kidnapping and murder of a young woman on the 28th anniversary of the crime.

According to a release from Illinois State Police, on August 23, 1992, 21-year-year-old Tammy Zywicki disappeared after leaving Evanston for Grinnell College in Iowa. Her abandoned vehicle was discovered later that day on Interstate 80 near Utica.

No one has ever been arrested for the crime.

The Illinois State Police, in coordination with the FBI and the LaSalle County State's Attorney's office, said they remain committed to pursuing justice for Tammy and her family.