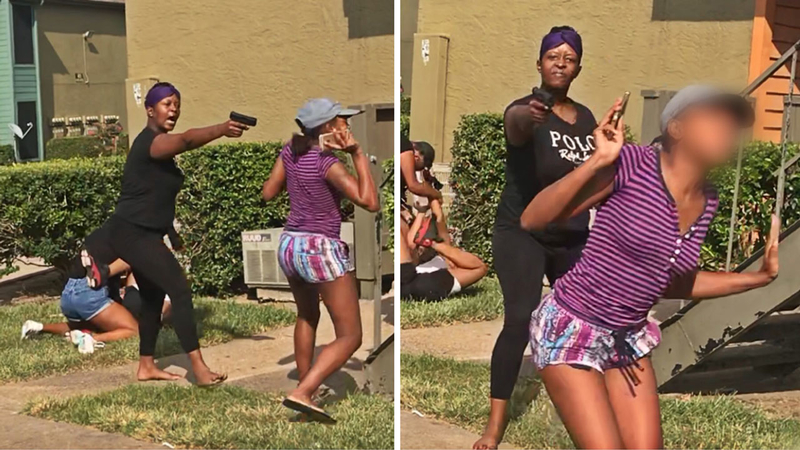 HOUSTON, Texas -- A video of teen girls fighting at an apartment complex in southeast Houston has gone viral.

The video shows a woman appearing to wave a gun around as two teen girls scuffle in the background.

One of the families involved claims that Chade Lockett was armed and intended on hurting someone.

Lockett told Eyewitness News that she was just trying to protect her daughter.

The confrontation started as a Snapchat argument between two classmates that ended in a rumble over the weekend.

"She pulled a gun out on us. We were frightened for our lives. My niece was basically out there getting harmed by an adult. She's 15. The girl is 13. They're both teens, they fight and get into it. That's what teens do, but the mom, she had no reason to put her hands on her or anything like that," the woman who recorded the video, Veneisha Jones, said.

Lockett says the video does not tell the entire story, and that the weapon she was holding was her son's toy gun.