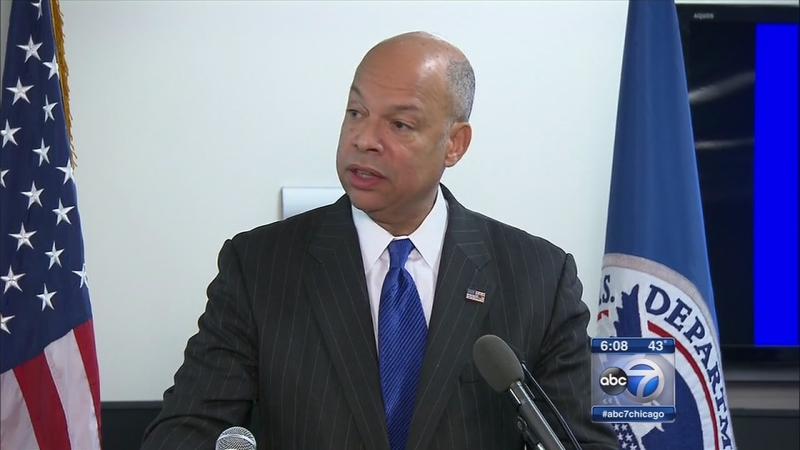 The old system is being totally scrapped. Color-coded terror warnings and the scale that replaced them are being replaced with a more streamlined terror alert system using just three categories. This comes as new information hones in on Americans who are now targets of federal terror investigations.

"The reality is that terrorist-inspired individuals have conducted, or attempted to conduct, attacks in the United States this year," Secretary of Homeland Security Jeh Johnson said.

In 2015, jihadist attacks on American soil have occurred in Tennessee, Texas, and most recently, in San Bernardino, California.

A new bulletin from Homeland Security warns of "self-radicalized actors" who can strike "public events or places" without warning.

The lowest-level "bulletin" category is part of a new alert system by federal authorities, aimed at warning Americans of the general trends in terrorism.

The next warning level would be "elevated," for those times when there is a credible threat, and the top warning category "imminent" resulting from a specific impending attack.

"The public should expect an increased presence of law enforcement across communities in the weeks ahead," Johnson said.

The attack in California is just the latest in a string of plots on U.S. soil resulting in 71 people charged with ISIS-related activities since 2014. Fifty-six of those were arrested this year alone - the most since September 11, 2001.

And a newly-released terrorism study by George Washington University uncovers the demographics of these new American jihadists, whose average age is 26; 86 percent of them are men; they are located in Illinois and 20 other states; more than half have traveled or attempted foreign travel; and 27 percent have plotted to carry out attacks on U.S. targets.

The study included this typical case: Illinois native Douglas McCain, who was born in Chicago, grew up in Minnesota, and died in Syria. McCain, 33, was killed in August 2014 while fighting with ISIS.

The Chicago-born McCain is one example of American jihadists cited in George Washington University's terror report among the violent radical Islamists that the new government alert system hopes to identify and stop before they strike here at home.