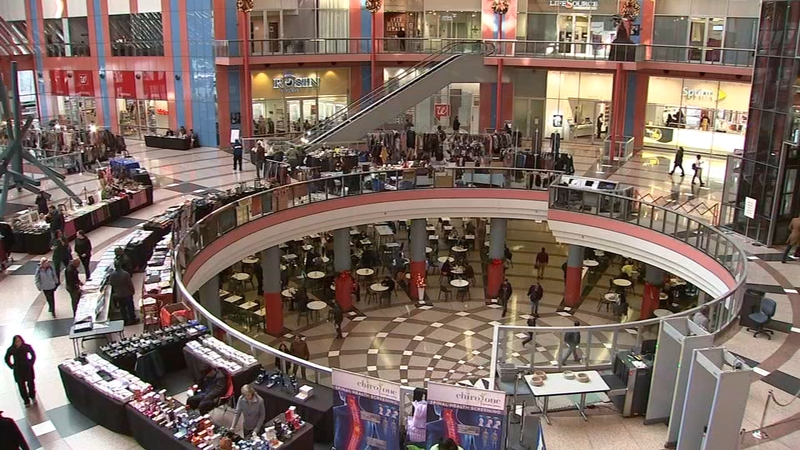 CHICAGO (WLS) -- Iconic or an eyesore? However you view the almost 35-year-old Thompson Center, Gov. JB Pritzker's administration is anxious to unload the huge State of Illinois building that occupies an entire city block.

The administration is one step closer to a sale after selecting a consulting firm to oversee the process. The plan is to put money from the sale into the underfunded pension systems.

"There is a tremendous opportunity for a downtown location to have this kind of footprint," said Ayse Kalaycioglu of the Thompson Center Central Management Services. "It's 1.2 million square feet. It will attract a lot of buyers, we are selling it."

The administration said the state can no longer afford to keep the Thompson Center. From the exterior to the interior, the building is in dire need of repairs.

The governor said it'll cost over $320 million to fix, which is on top of daily maintenance.

"It costs the state and taxpayers over 17 million a year to operate the building because you have open spaces to heat and cool," Kalaycioglu said.

Heating and cooling a building where one-third of it is open space has been a challenge from the beginning.

After it opened years ago, workers were sweltering from the hot sun shining through the big atrium.

While it's expensive to keep up, preservationists are against the sale.

"This is really a valuable parcel for the people of Chicago and the State of Illinois to retain and reinvest in," said Ward Miller of Preservation Chicago.

The building was designed by world famous architect Helmut Jahn. Its open space was meant for a more open and transparent government.

The Thompson Center also houses a food court, CTA's busiest station and a famous sculpture, all factors that could complicate a sale.

Preservationists said they would only support it if the building is designated a city landmark.