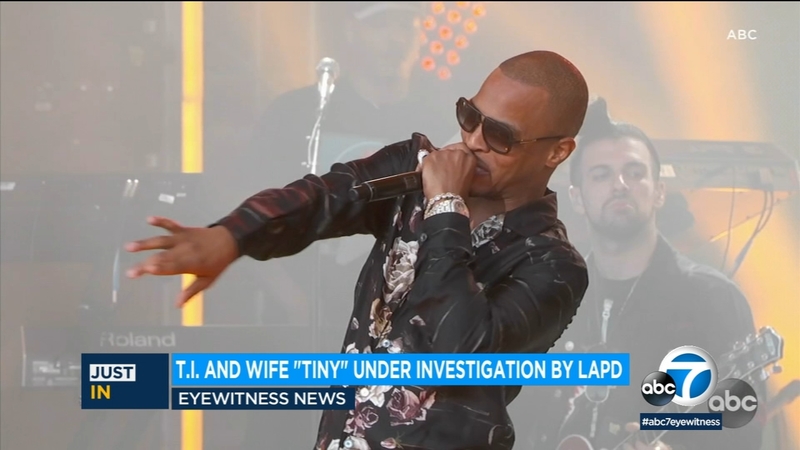 The rapper, Clifford "T.I." Harris and his wife, singer Tameka "Tiny" Harris have been accused of multiple incidents of sexual abuse and other allegations in Georgia and California by an attorney who says he represents 11 alleged victims.

Attorney Tyrone A. Blackburn came forward earlier this year asking authorities in the two states to look into allegations that date back more than 15 years. He claims the couple and others in their circle were involved in multiple instances of drugging, kidnapping and sexually assaulting women.

A lawyer is seeking an investigation into the allegations.

T.I. and Tiny have denied the allegations, saying any encounters were consensual, and that some of the alleged victims were just seeking attention for themselves.

The Los Angeles Police Department has confirmed to ABC News it has an active sexual assault investigation open involving T.I.

One of the alleged victims spoke to LAPD detectives in April over allegations of a 2005 assault, the Daily Beast reported. The site also said a second victim filed a report with similar allegations to Las Vegas police.