Ticket Refund Rights: What you can do if events are canceled, postponed due to COVID-19 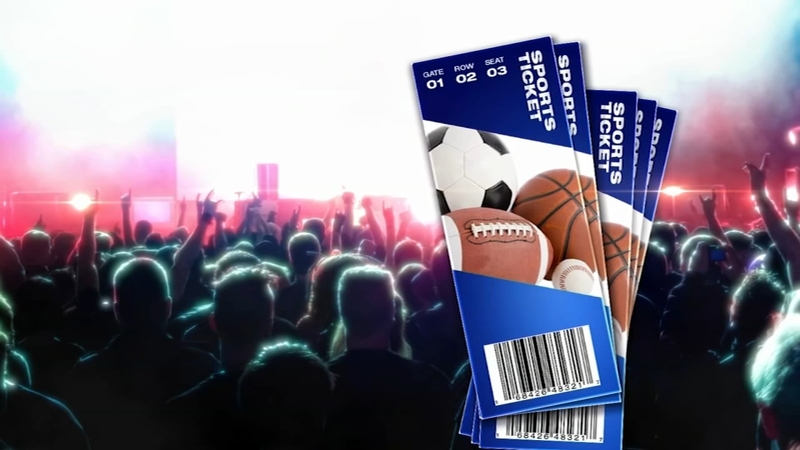 Ticket Refund Rights: What you can do if events are put off by COVID-19

CHICAGO (WLS) -- Games, concerts and other ticketed events are being canceled in record numbers right now because of the COVID-19 pandemic.

Tens of thousands of people are holding onto tickets for events that may never happen. Other events may eventually be rescheduled. The question in all of this is, what can consumers do to turn that paper back into cash?

Jonathan Roth was looking forward to summer baseball. The Cubs season ticket-holder paid more than $9,000 for the 2020 season which never saw an opening day in March. May isn't looking good, either.

Roth wants to know if the Cubs will be issuing refunds or credits. He's also getting questions from people who purchased some of his tickets.

"I want the Cubs to reach out to people and offer them refunds," Roth said.

A Cubs spokesperson tells the ABC 7 I-Team: " ... we are planning for various timelines and operating scenarios." And that the team is working with Major League Baseball which makes scheduling decisions and "resulting ticketing policies" adding the Cubs will act quickly when they know more and that "fans should retain their game tickets and await further direction as details are finalized."

Major League Baseball (MLB) did not get back to the I-Team. The White Sox are in a similar holding pattern saying it's in communication with season ticket holders.

The Illinois Attorney General's Office told the I-Team an event like a game or concert has to officially be canceled, then the company, by law, must issue a refund.

But if the event is rescheduled or postponed, it is up to the company. You may be told that you automatically have a ticket to the new, rescheduled date.

Consumer Advocate Abe Scarr from The Illinois Public Interest Research Group, or PIRG, says many people may not feel safe going to a large event, even if it's postponed to the fall. It may not work out with your schedule or people in financial hardship may need the money.

"It will depend on which ticketing company you are working with, they have it set up different policies. I would certainly encourage people if they want their money back, to ask for it back," Scarr said. "The liquid cash now is much more valuable to you than the ticket for a concert in November."

Live Nation recently expanded its policy on rescheduled events. A message on its website says: "You can opt for a refund...within 30 days of the new show date being announced." If 60 days has passed and no new date has been announced to a postponed event, you can also qualify for a refund.

Live Nation, which owns Ticketmaster, had previously noted on its website that 5,000 events have been rescheduled however "...organizers have authorized us to issue refunds to consumers who request them."

"If you don't like what they are telling you, I would encourage people to speak out," Scarr said.

You can report complaints concerning rescheduled events to the Illinois Attorney General's office. The AG's office said it will look at these complaints because it is a "unique time."

Chicago's Business Affairs and Consumer Protection Department says if you think you are entitled to a refund under your ticket's terms and conditions and you've been denied, try initiating a charge-back with your credit card company.

Roth said he can take the hit as he waits on a game time decision, but he's worried about others.

"I see people who can't afford this. They bought tickets that they were planning on going to a game, and quite honestly the situation has changed, and they need that money in their pockets," he said.

The Illinois Attorney General says you can also try to resell tickets to rescheduled events, through a reputable resale service.