Owner of tiger roaming loose in Houston neighborhood was out on bond in 2017 murder, records show 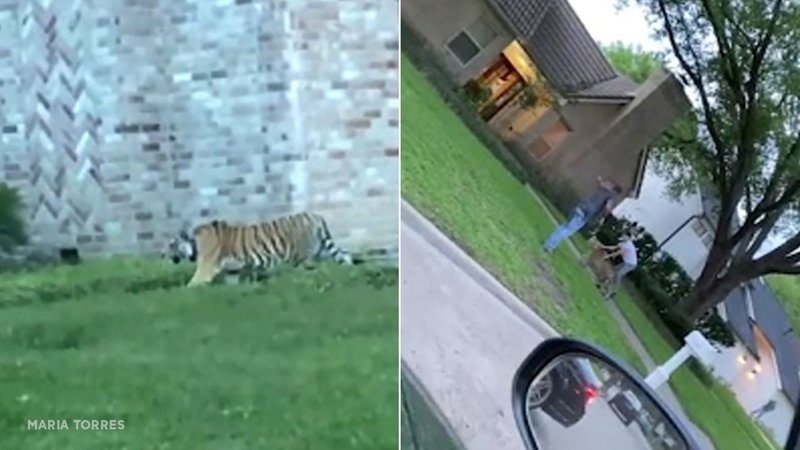 Tiger's owner was out on bond in murder case, records show

HOUSTON -- The owner of a tiger that was spotted roaming loose in a Houston neighborhood on Sunday has been identified as 28-year-old Victor Cuevas, according to multiple police sources.

On Sunday, Houston police responded to a call about a tiger in a neighbor's front yard on Ivy Wall Drive, in the Highway 6 and Memorial area.

By the time officers arrived, the tiger was gone.

"It has a collar. It is somebody's pet," eyewitness Maria Torres said while capturing video of the wild cat.

Video of the incident shows a man grab the tiger by what appears to be a collar and lead it into a home. At one point, another man appeared to point a gun at the animal before it was led inside.

Neighbor Jose Ramos later said that the man with a gun was an off-duty Waller County Sheriff's Office Sgt. Wes Manion, who lived in the neighborhood and came to help get the tiger under control.

You can watch the video of the encounter above.

According to HPD, the man seen escorting the tiger into the residence is the owner. He later put the tiger in his white Jeep Cherokee and fled from the home at a high rate of speed, police said.

Officers attempted to pursue the vehicle but eventually lost sight of it, according to tweet from HPD.

Our Animal Cruelty Unit, along with @BARC_Houston are currently investigating the incident in which a tiger was seen at 1103 Ivy Wall Drive about 8 p.m. on Sunday (May 9). The male owner was seen escorting the tiger to the residence then putting it into his vehicle. 1/3

On Monday morning, HPD shared on social media that its Animal Cruelty Unit and BARC Houston were investigating the incident and looking for the owner of the tiger. By the afternoon, multiple police sources confirmed Cuevas as the owner, who according to records, was charged in a 2017 murder in Fort Bend County. Cuevas is due in court this July for that charge. 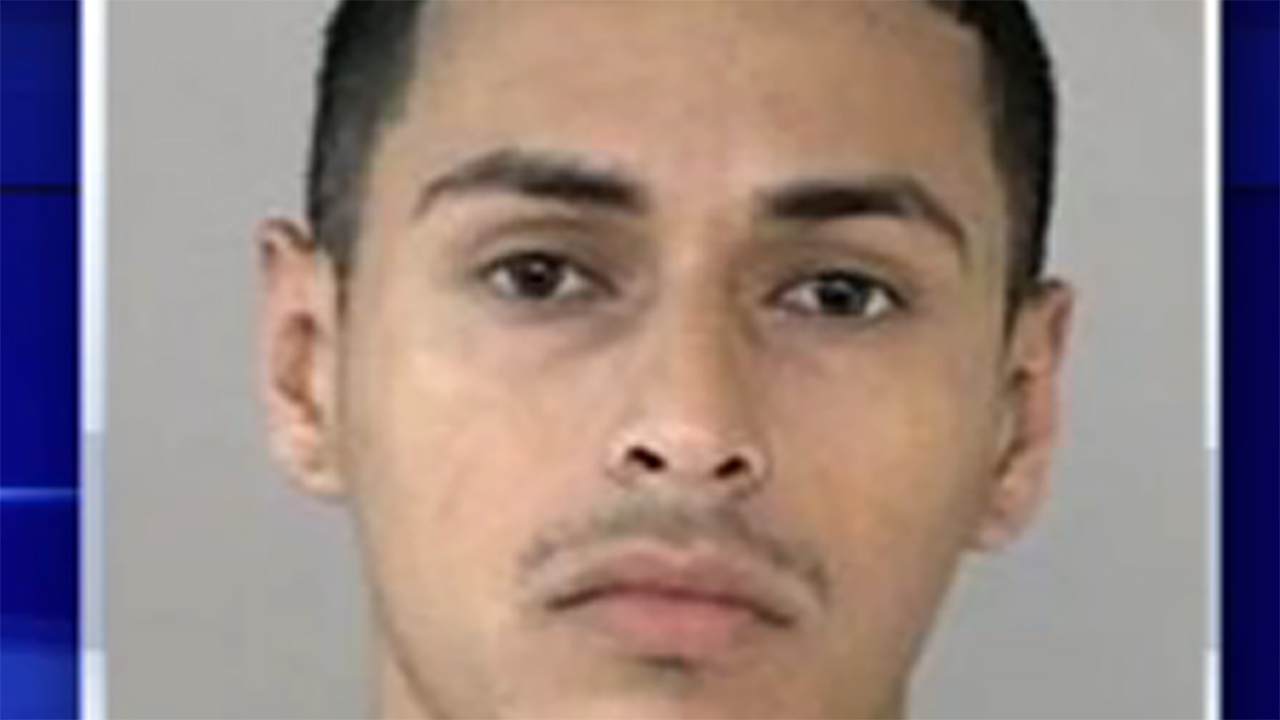 The mugshot above is from Cuevas' 2017 arrest.

Ramos said the couple that lives in the home where the tiger was led into have lived there for less than a year and tend to keep to themselves.

He said this is not the first time he's seen a wild animal at the residence.

"I did notice one time, and this is something interesting, that I was walking by my driveway. There was a capuchin monkey that showed up in the window," Ramos recalled. "I figured, 'OK, this is a small animal. It could be domesticated.' But I never thought they would hold a tiger in their house."

WATCH: HPD reveals the tiger's owner has been out on bond in a murder case
EMBED More News Videos

While Houston for the most part may be a sprawling cosmopolitan city, we've had our fair share of tiger instances.

In May 2019, a tiger was found caged in a southwest Houston garage.

Houston police arrested the former owner, Brittany Garza, who at the time faced animal cruelty charges. She told ABC13 at the time that she had raised the tiger, whom she called "Rajah," since he was a cub. But once Rajah started getting big, she knew it was time to find him a new place to live.

Garza claimed two years ago that she had made arrangements with a sanctuary in College Station and put the animal inside a friend's home until the transfer could be made. But someone else found the tiger in the garage before he could be moved.

The tiger was eventually taken to Cleveland Amory Black Beauty Ranch in Murchison, Texas, where he is said to be living the rest of his life.

ABC13's TJ Parker was there when the owner of a tiger was arrested.

Can you even own exotic animals in Texas or Houston city limits?

We looked at this back in 2019 as well and found that, in Texas, owners of "dangerous wild animals" must register with their municipality or county animal office or sheriff.

SEE ALSO: How did a cow end up on the East Freeway?

However, municipalities can also ban ownership of these animals.

And for anyone hoping to own a dangerous wild animal in Houston city limits, no can do. It is illegal.
Violations are misdemeanors punishable by fines of $500 to $2,000.

Is it legal to have an exotic pet in Texas?

You can read more about the laws pertaining to wild animals in Section IV of this website.

You can also find more on dangerous wild animals from the Texas State Law Library.

TIMELINE: Exotic animal incidents in the Houston area since 1998

Animal encounters: That time a gator was on the Fred Hartman bridge
EMBED More News Videos

Houston traffic is a zoo, and that statement couldn't be true enough with the busy but interesting time police had with a scaly creature on the Fred Hartman Bridge. Only ABC13's SkyEye captured the ordeal Wednesday.