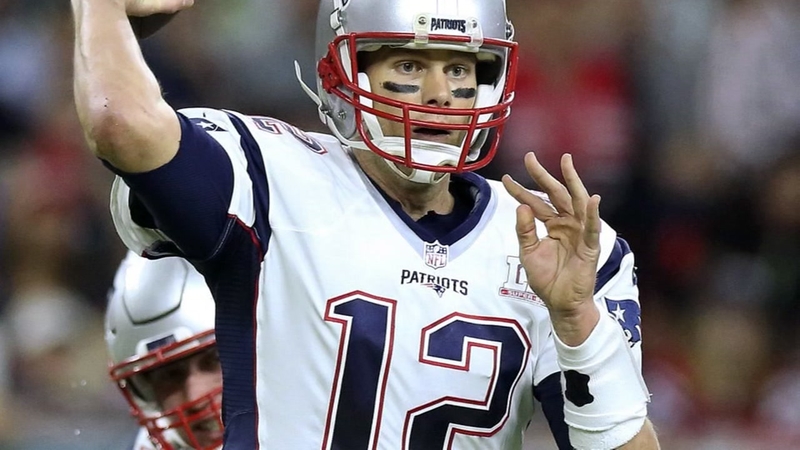 The NFL confirms that Brady's jersey has been recovered. It was found with a credentialed member of the international media, according to an NFL statement.

Federal agents found not one, but a pair of Brady's Super Bowl jerseys. The other jersey was the one Brady wore when the Patriots won the Super Bowl against the Seahawks in 2015.

Statement on the recovery of @Patriots Tom Brady jerseys pic.twitter.com/3htT0kWhA6

Houston Police Chief Art Acevedo tweeted about the recovery of the jersey saying detectives traced it to Mexico with the help of the FBI and Mexican authorities.

In a press conference Monday, Acevedo would not expand on the person connected to the investigation, only saying that he is not from the Houston area.

"You came to the wrong state," Acevedo said about the suspect.
EMBED More News Videos

Proud @houstonpolice Major Offenders Divison traced Brady Jersey to Mexico & it has been recovered with help of FBI & Mexican authorities.

Brady couldn't find his jersey in the Patriots' celebratory locker room after a 34-28 overtime victory over the Atlanta Falcons at Houston's NRG Stadium on Feb. 5.

"I put it in the bag, and I came out and it wasn't there anymore. It's unfortunate because that's a nice piece of memorabilia," Brady said.

In a video posted on the NFL's Twitter account on Super Bowl Sunday, Brady told Patriots owner Robert Kraft that "someone stole my game jersey."

Hey can someone give Tom Brady his jersey back? #SB51 (via @danhanzus) pic.twitter.com/cv99qUW4XY

Brady announces at press conference that his jersey was stolen

Something similar happened to Brady's jersey after the Patriots' 28-24 victory over the Seattle Seahawks in Super Bowl XLIX on Feb. 1, 2015.