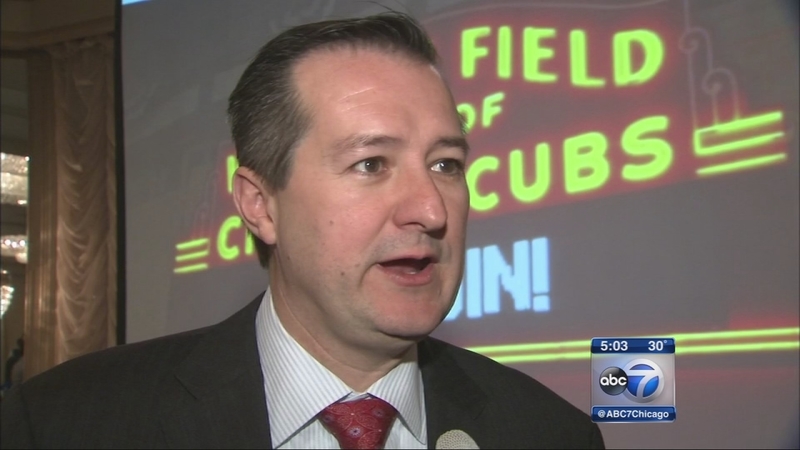 ELK GROVE VILLAGE, Ill. (WLS) -- Chicago Cubs chairman Tom Ricketts spoke for the first time since the announcement that the bleachers will not be ready by opening day about the Wrigley Field renovations.

"As you saw with the baseball team, we're good at tearing things down," Ricketts joked.

Ricketts said he's hoping they are also good at rebuilding, both the bleachers and the team. Because of construction delays the bleachers, will not be ready for the nationally-televised opening day game which will be broadcast on ESPN. But Ricketts said it's for the long-term good.

"We were hoping it would be ready," he said, "but you play the cards you're dealt."

Ricketts says the bleachers should be open by mid-May, by which time he expects the Cubs to be off to a good season on the field. He spent the bulk of his talk in Elk Grove explaining why he believes the Cubs are ready to compete this year.

Many of those in the suburban audience were far removed from the city politics the team has dealt with regarding the more than $500 million Wrigley renovation project; they just want to see a winning team. To that end, Ricketts said forget the curse: this should be the year.