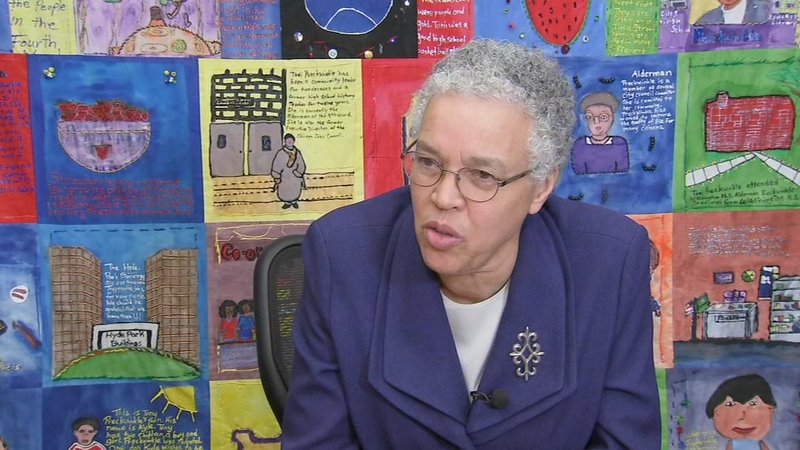 CHICAGO (WLS) -- Cook County Board President Toni Preckwinkle is ready to close the books on what has been an "up and down" year for her.

This week, Preckwinkle presided over the final county board meeting of 2019. The year saw her retain her reign as president of the County Board, but lose her shot at taking over the mayor's office across the hall on the fifth floor.

Preckwinkle was asked how long it took to get over the defeat.

"You know, look, I've lost elections before. I lost my first two elections before before I was elected alderman in 1991," she said. "If you're in the business, you can't expect to win every time you go out, you do your best."

Preckwinkle, who chairs the Cook County Democratic Party, disputed the notion that Cook County has become synonymous with corruption this year or that it reflects badly on her or the party.

"That's an entirely false narrative," Preckwinkle said. "Just because you know people doesn't mean that either you or the party have any, have any, have any connection with the bad acts of which there are accused. That's ridiculous."

But while those issues grabbed the headlines, Preckwinkle had a much better year legislatively.

"So this year, we had a strong budget and as I said no new taxes, fines or new fees and no layoffs and were able to continue our work to improve our public health system into achieve criminal justice reform," Preckwinkle said.

What's the worst part about the job for her?

"You know there are a lot of challenges that you can't address as quickly as you'd like," Preckwinkle said.

Does she still enjoying what she's doing?

"You know, this is a really hard job but I get to work on things that I really care about," Preckwinkle said.