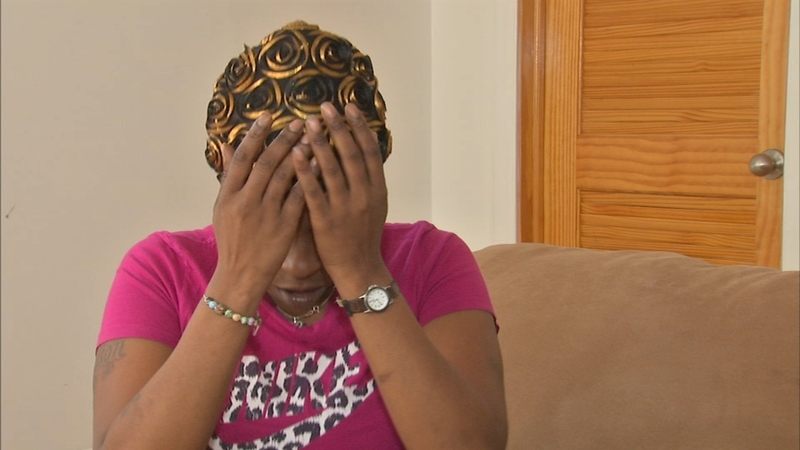 CHICAGO (WLS) -- A new TV ad released by Chicago mayoral candidate Toni Preckwinkle's campaign is drawing ire from the family whose tragedy is at the center of it.

The ad, Preckwinkle's first in more than a week, attacks her opponent, Lori Lightfoot, over a 2004 fire on the West Side that killed three children in the Funches family. The family says they were never contacted or consulted about the ad.

Preckwinkle's ad goes after Lightfoot because she was the chief of staff at the Office of Emergency Management and Communication when the fatal fire happened.

With dramatic music playing in the background, the Preckwinkle ad shows the fire on Chicago's West Side that killed three Funches children and another boy.

"A tragic fire, made worse when the 911 call center run by Lori Lightfoot, allegedly botched the response," the announcer says at the start of the ad.

A judge had ordered Lightfoot to preserve 911 tapes after questions were raised about how the 911 calls were handled, but some of the tapes were destroyed.

Lightfoot criticized the ad herself Wednesday night during a televised debate with Preckwinkle on CBS.

"The notion that you are going to try to score political points in a tragedy where four young children die is really, I think, a new all-time low," she said.

Lovera Funches, the oldest daughter in the family, agrees that Preckwinkle is trying to take advantage of her family's tragedy.

"Now y'all using this as a weapon and it's hurting us. It's hurting my family," she said. "Take it down, just take it off the TV. We don't want nothing else but to take it off. Please, we're asking, we don't want to see it no more."

Preckwinkle defended the ad during Wednesday's debate and again Thursday after an event sponsored by the Hispanic Chamber of Commerce.

"You know, I think it's really important that the voters understand how people conduct themselves in tough situations," she said of the ad. "And in this instance, Lori Lightfoot engaged in a cover-up. The judge basically said so."

Lightfoot admits, "There was a mistake, but it wasn't by me."

Though Funches is hurt by Preckwinkle's ad, she's not necessarily supporting Lightfoot, either. She had strong messages for both candidates.

"Lightfoot, if you know that those four beautiful babies died in that fire and you destroyed that evidence, I pray that God have mercy on you," she said. "Preckwinkle, I really appreciate you for doing what you've done, for bringing everything out to the light, but I don't appreciate the way you did it."

Preckwinkle's campaign said the ad will keep running, and the candidate says she has no regrets.

"This was an issue that we wanted to be sure to raise to the voters of Chicago," Preckwinkle said.

Though Funches is grateful to Preckwinkle for airing the truth about the tragedy, she's not standing by Preckwinkle, either. She says she doesn't think she can vote for either candidate.

"If you have no regrets for using my family as a political weapon, then you're not the choice for the city of Chicago!" Funches said.