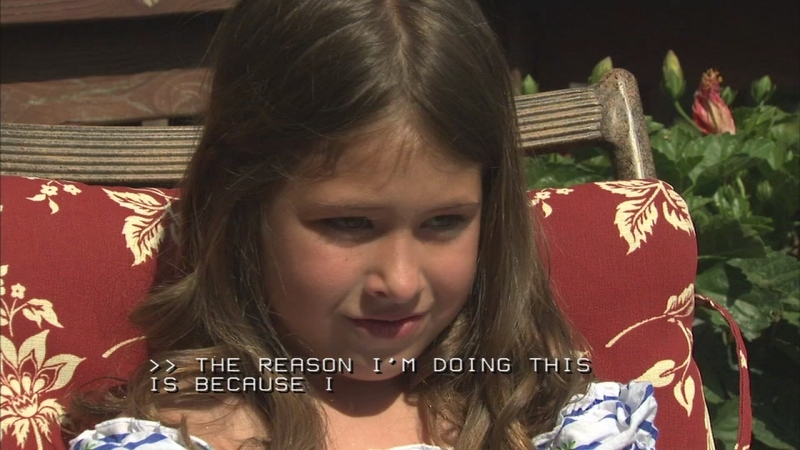 NAPERVILLE, Ill. (WLS) -- Victoria Petrica, an 8-year-old Naperville resident, is trying to increase Tourette Syndrome awareness so that people will understand her and others with this disability.

Tourette syndrome is a neurological disorder that is characterized by repetitive, involuntary movements and vocal tics.

"The reason I'm doing this is because I don't want kids to feel alone," Petrica said.

Petrica is bright, active and pretty. You would never know she has Tourettes. Her mom, Kim Petrica, said she has tics all the time.

"Her tics are more prominent when she's stressed, when she has anxiety or, interestingly, when she's doing nothing at all, so if she's sitting watching TV she will be ticking a lot more than when she's in the backyard playing soccer," Kim said. "So it's sort of interesting, she's just learned how to mask them pretty well."

Victoria was diagnosed with Tourettes very early when her parents thought she was having a seizure.

"Her eyes would roll back into her head," Kim said. "We took her to the pediatrician and they immediately sent her to the ER for MRI, they finally set her up to a video EEG as they could watch her eye roll back and monitor her brain activity at the same time, and that's how they ended up determining it was a tic disorder."

Since first grade, Victoria has been speaking about her Tourettes.

"She has become into her own, accepting it has been a challenge for her and educating other people has been a challenge, we're trying to teach her how to do that," Kim said.
"And I've done it in second grade I think I'm confident that I can do it in third grade too," Victoria said.

"They ask questions like, 'How old were you when you first got it? Will you have it forever?'" Victoria said. "And I have answers for them lots of times because I know what Tourettes is."

"I tell them like it's an action that I can't control," she said.