Three people were killed in a fiery five-vehicle crash Monday afternoon on I-80 near Ottawa, Ill., in LaSalle County, according to Illinois State Police.

All lanes of westbound I-80 reopened at mile marker 93 overnight, hours after the crash.

The crash occurred at about 1 p.m. and involved three truck tractor/semi-trailers, a straight truck, a tire hauling truck, and a passenger vehicle, two of which caught fire. One of the vehicles involved faced a federal investigation in March that found three separate violations, the I-Team has learned.

There are two fatalities from within the passenger car and one fatality from one of the semi-trucks, police said.

Three of the four trucks involved in the crash were from Illinois, the I-Team has learned.

Ottawa is about 70 miles southwest of Chicago.

Illinois is among a handful of states that account for more than half of all truck fatalities in the nation. There were nearly 600 fatalities involving large truck accidents in Illinois in the past five years alone.

LaSalle County has among the highest number of truck fatalities in the state. 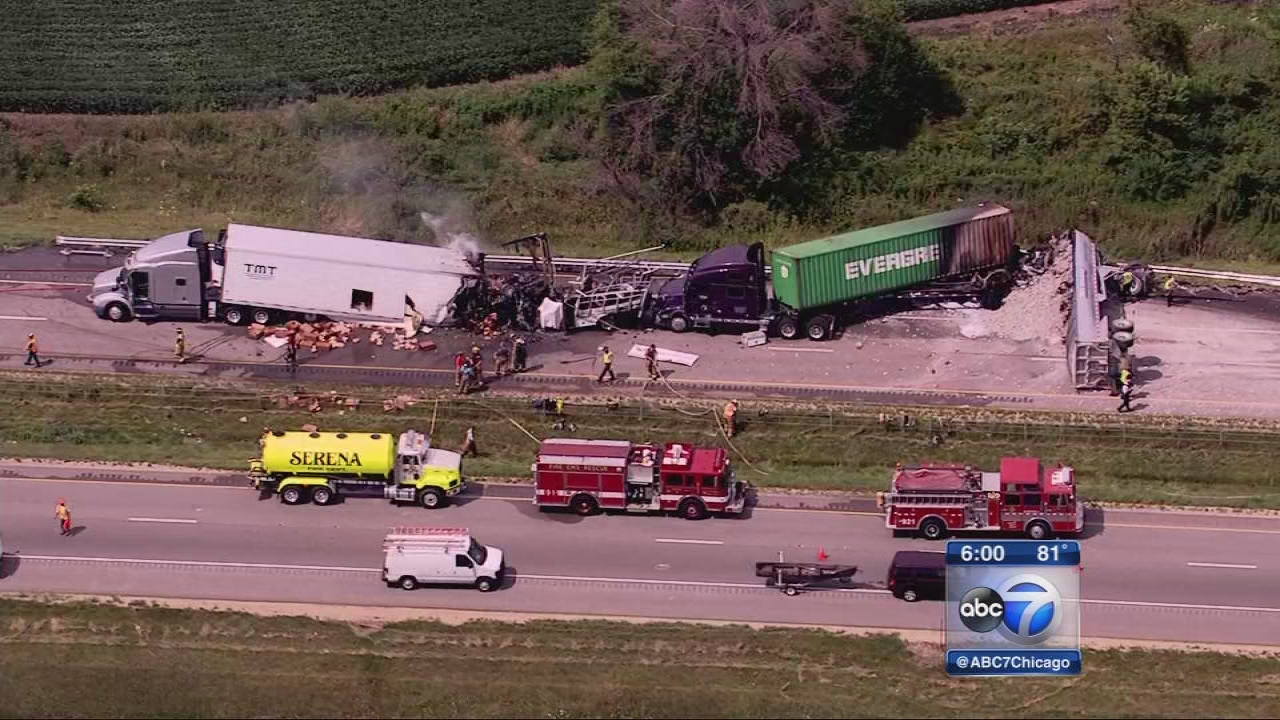