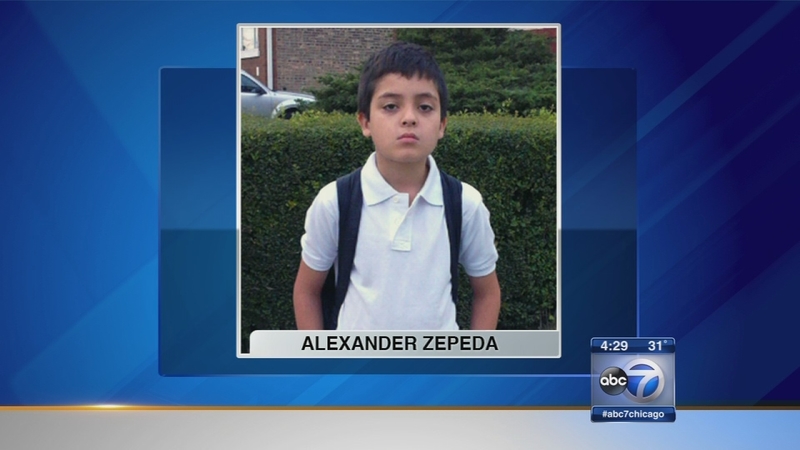 BLUE ISLAND, Ill. (WLS) -- An 11-year-old boy was struck while trying to beat a Metra Electric train near the Burr Oak station in suburban Blue Island.

Alexander Zepeda survived, but severed his leg. He is recovering from surgery at Christ Advocate Children's Hospital.

"He hasn't talked about it. I don't think he knows his leg was cut off, but eventually he'll feel it," his sister Jasmine Zepeda said.

Officials said Alex may have been racing to catch a school bus when he tried to cross the train tracks just before 7:30 a.m. near 127th and Winchester Avenue. The crossing gates were down and the lights were on, police said.

"His bus had come and his bus was leaving. The bus usually waits for him. He stops or goes back for him to get on the bus. But this time the bus driver didn't stop. So he ran," Jasmine Zepeda said. "We've been told the train was stopped and he went under it, and the train started going. And his leg got stuck. But we don't know what happened."

Alex is a fifth-grader at Burr Oak School. Some of his classmates saw the accident.