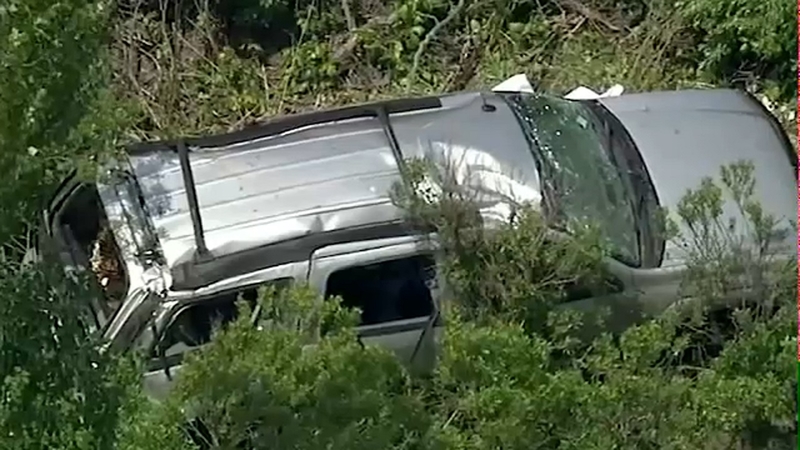 Teen charged in deadly Meadowbrook crash set to be arraigned

UNIONDALE, Long Island -- A 15-year-old girl charged in a deadly wreck on Long Island is set to face a judge Monday morning. Police said there were 9 teens and an infant in the stolen SUV she was driving.

There will definitely be a dark cloud over the last few days of school at Uniondale High School, where some of those who were killed in the accident and those who were injured attend.

The district provided counselors over the weekend and that will continue Monday.

Police said Sanchez's 18-month-old baby was in the 2005 Chevy Trailblazer, which was stolen in Roosevelt on Thursday.

She lost control and the vehicle flew off the highway near exit M9 (Merrick Road) in Freeport. The vehicle flipped and rolled several times before coming to a stop off the roadway.

The baby, her mother, and the five other teens who survived suffered minor injuries.

Cindy Sanchez will be arraigned in Family Court in Nassau County.