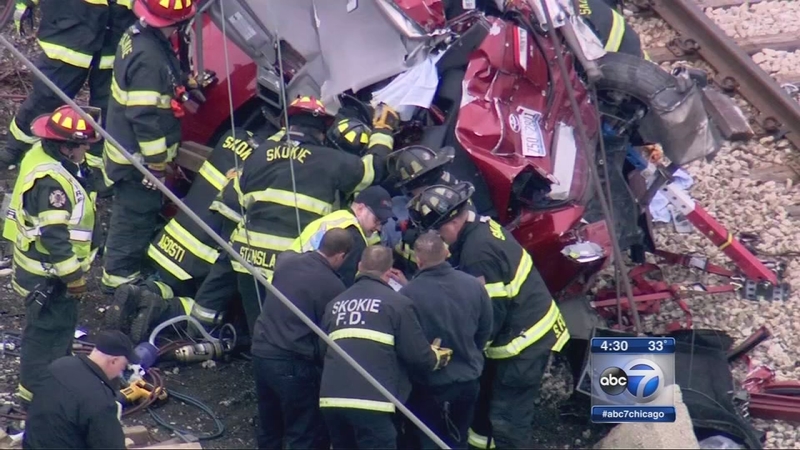 SKOKIE, Ill. (WLS) -- A 62-year-old woman was killed Monday morning in Skokie after a CTA Yellow Line train struck the vehicle she was traveling in, suspending train service for hours.

The victim was identified as Blandina Hermez, of Skokie, who was a passenger in the vehicle, according to the Cook County Medical Examiner's Office.

A southbound Skokie Swift train hit a red Toyota in the crossing at East Prairie Road between the Howard and Oakton Yellow Line stations around 10:20 a.m., transit officials said.

First responders extricated two women from the mangled vehicle. The female driver was taken to St. Francis Hospital in Evanston in critical condition.

Five of the 20 passengers on the train were taken to the hospital with non-life threatening injuries.

At the time of the crash, the crossing gate was down, and lights and bells were function, according to CTA.

"It appears they may have drove around the gates, we don't know. It's still under investigation," said Skokie Fire Chief Jim Walters.