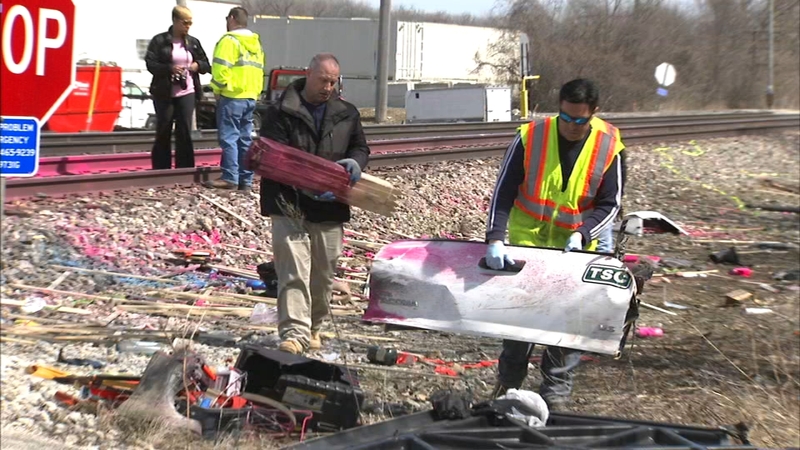 UNINCORPORATED LEMONT, Ill. (WLS) -- A 63-year-old man who died Wednesday morning after an Amtrak train struck a pickup truck near south suburban Lemont has been identified.

The Lemont fire chief said emergency crews responded to a report of a crash involving a train and a pickup around 9:25 a.m. on McGuire Parkway in unincorporated Lemont.

A man was found dead in the pickup, which had been totaled. The fire chief said the truck was a work vehicle for a surveying company.

Residents who live nearby were left shaken by the incident.

"I heard that smack. When you hear it you know somebody got hit by the train," Sharrin Bushman said.

Santiago Sanchez was making deliveries in the area just moments before the accident and documented the aftermath.

"With situations like that, someone's losing a family. It's just a tragic moment to be honest with you," Sanchez said.

Amtrak officials said Train 300 from St. Louis made contact with a vehicle at a crossing north of Joliet. No one on the train was injured.

McGuire Parkway is a dirt road and there is no railroad guard at that intersection. Officials with the Cook County Sheriff's Department said there is a stop sign before the tracks. Bushman said there have been three bad crashes at the crossing in the last 10 years.

"It would be nice if they would close this road just for safety," Bushman said.