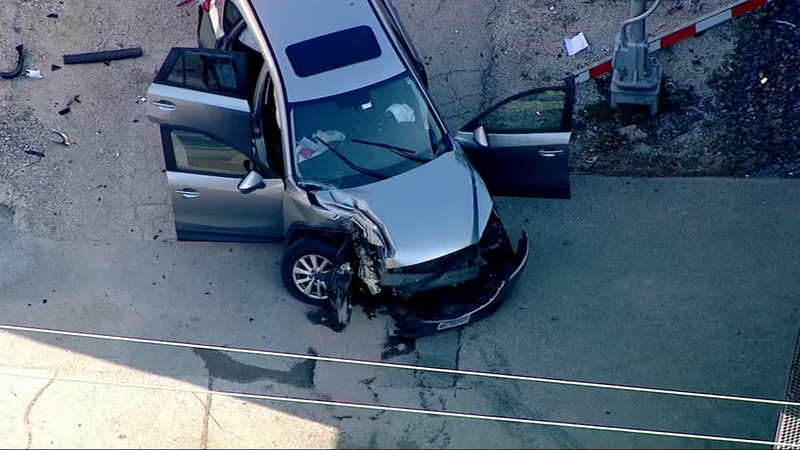 WHEATON, Ill. (WLS) -- A woman told police she was blinded by the sun when she crossed the train tracks near downtown Wheaton at the same time as a freight train Thursday.

The woman, 45, told police she entered the West Street railroad crossing at the same time as the train, Wheaton police Deputy Chief Robert Miller said. She suffered only minor injuries, and the vehicle had major damage to its passenger side. She was transported to Northwestern Medicine Central DuPage Hospital.

Police said the crossing gates were down when she entered the intersection.

Both inbound and outbound trains were stopped on Metra's Union Pacific West Line after the incident.

Both inbound and outbound trains were stopped on Metra's Union Pacific West Line Thursday afternoon after a freight train hit a vehicle near downtown Wheaton.

Metra trains were briefly delayed, but are now back on schedule.

The crossings at West Street, Main Street, Hale Street and Wheaton Avenue were closed after the crash. Police asked motorists to use the Manchester Road overpass to cross the tracks.