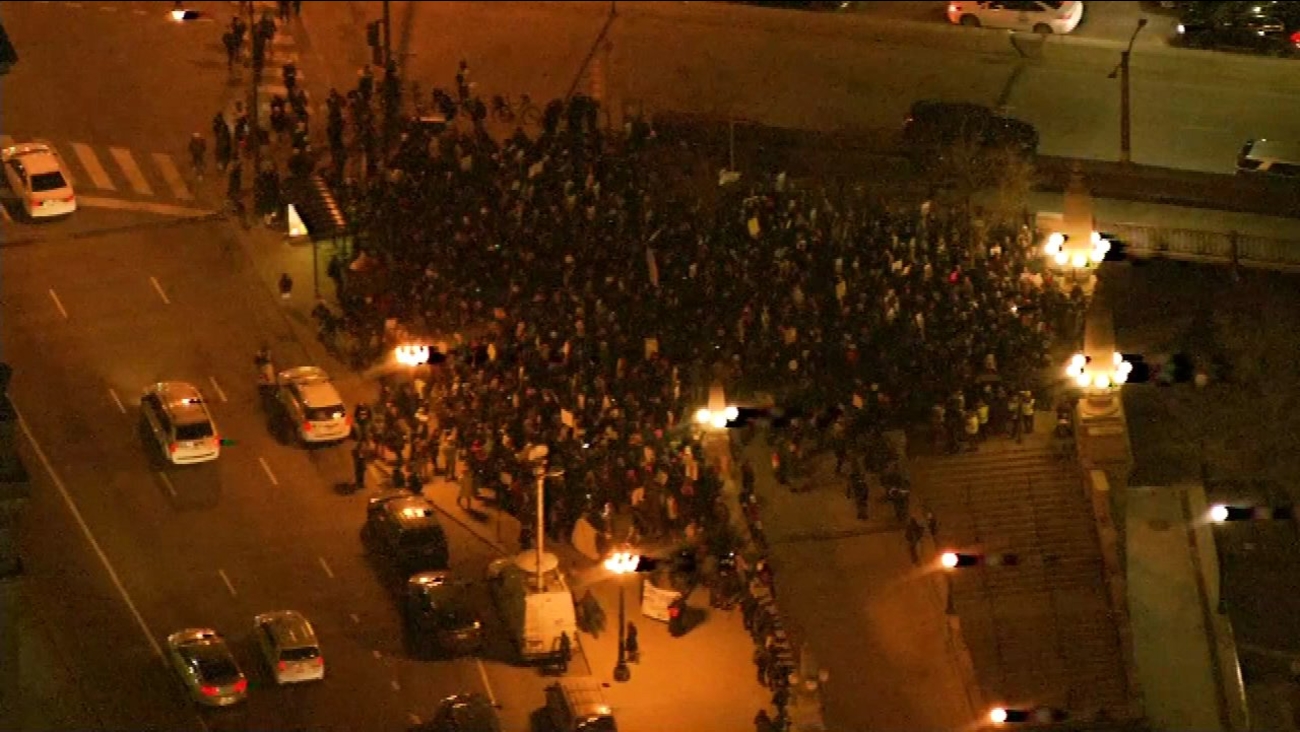 Transgender rights advocates and supporters rallied in Chicago's Loop Friday to protest the overturned school protections for transgender students across the nation.

A leader of the group Brave Space Alliance, which helped organize the rally, said they expected around 3,000 people to attend the gathering, located at Wacker and Wabash. Organizers said people from across the state of Illinois and even out of state were planning on attending.

The goal of the rally was to support transgender rights and raise awareness about the issues transgender people face throughout the United States. Organizers said they are upset about the high murder rate in their community. In Chicago, a 24-year-old transgender woman was killed in a shooting in Englewood on Feb. 22.