Delta pays passenger $4,000 to give up seat on overbooked plane 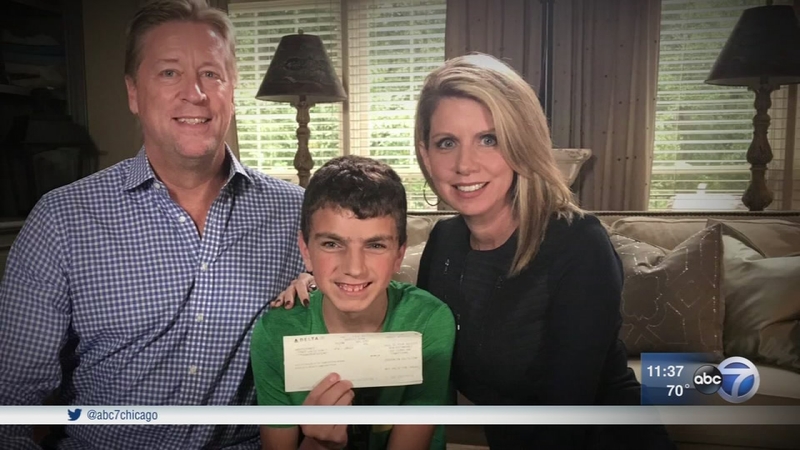 Delta pays passenger $4K to give up seat

ATLANTA -- One mom scored big when an airline overbooked her flight.

Delta, desperate to make room on board, offered thousands of dollars for a seat.

An airline passenger is thousands of dollars richer after agreeing to give up her seat on an oversold flight packed with college football fans desperate to get to Saturday's Georgia-Notre Dame game.

Delta conducted an auction on board, hoping to convince enough people to give up their seats so the plane could take off.

Smith, traveling to the game with her husband Larry and son Adam, said the bidding started high.

The offers kept rising without a taker until Smith said, "I looked over at my husband and said you know I really think if they get to $4,000, I'm going to get off this plane. They came back at $4,000 and without a flinch I pressed the flight attendant button.

Her happy replacement was a crazed college football fan.

Smith was able to get on another flight, meeting up with her family in South Bend just eight hours later with $4,000 in travel vouchers in her pocket.
Report a correction or typo
Related topics:
travelgeorgiaair traveldelta
Copyright © 2021 ABC News Internet Ventures.
More Videos
From CNN Newsource affiliates
TOP STORIES