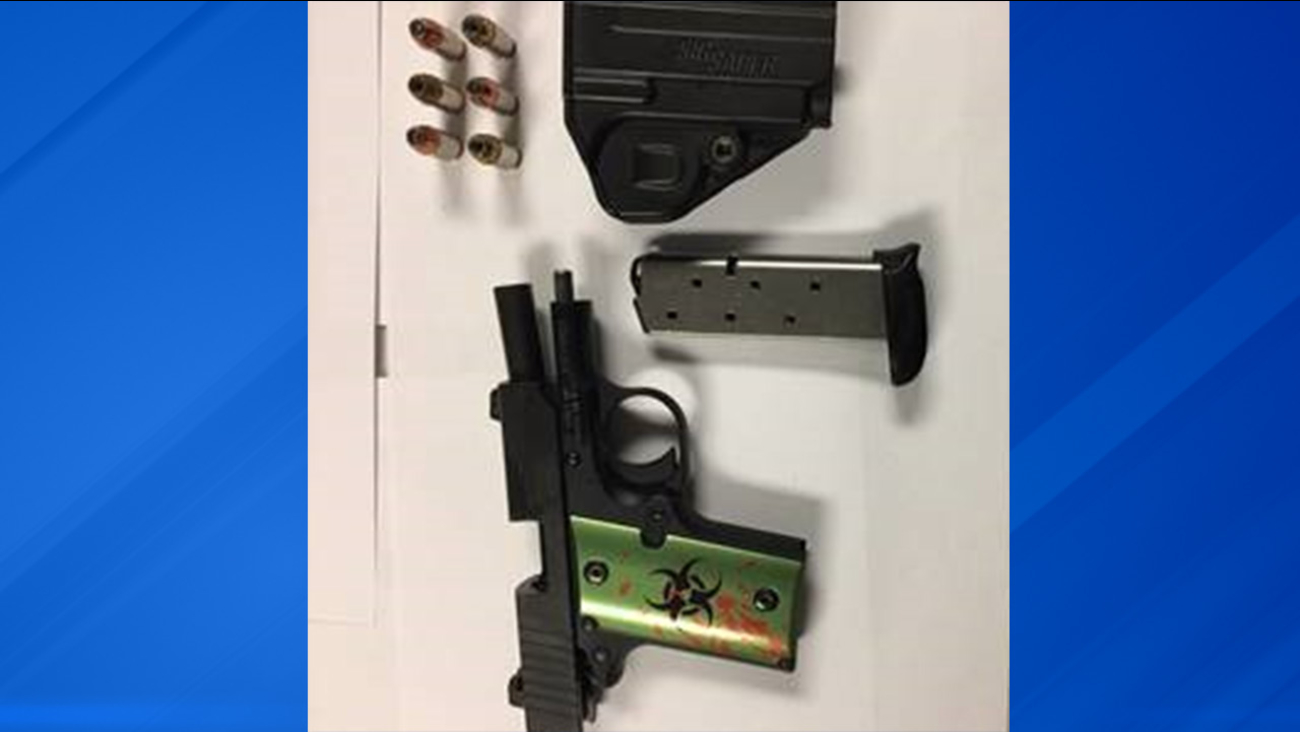 CHICAGO (WLS) -- A loaded gun was discovered in a passenger's luggage by TSA officers at Midway Airport on Thursday.

The loaded .380 caliber Sig Sauer was found in a passenger's carry-on luggage at about 5:30 a.m., the TSA said. The passenger was headed to Kansas City.

TSA officers alerted local law enforcement and a 45-year-old man was arrested on a state charge, the agency said.