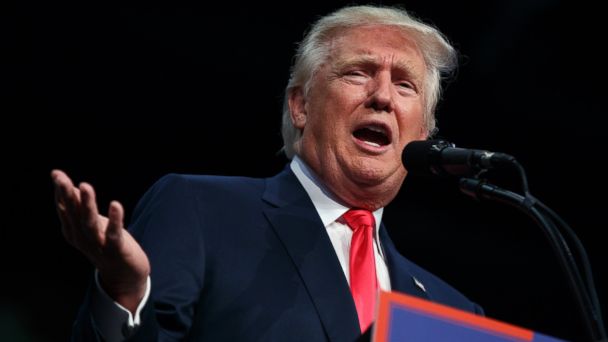 With just 10 words on Friday morning, Donald Trump aimed to reverse his long-held position on President Obama's birthplace after years of skepticism and questioning.

"President Barack Obama was born in the United States. Period," he told reporters today -- just a day after he again refused to acknowledge the fact to the Washington Post.

But for years, Trump had helped perpetuate conspiracy theories about whether Obama was born in Hawaii, as his public birth certificate says, keeping the issue in the spotlight for years of his presidency.

In fact, Trump continued to stoke the fires for years after Obama released his long-form birth certificate in April 2011.

Trump also accused Hillary Clinton of starting the birther movement. But Politifact rated that claim "false" in 2015, saying that a Clinton volunteer may have been behind the rumor.

"There is no record that Clinton herself or anyone within her campaign ever advanced the charge that Obama was not born in the United States," the organization wrote. Clinton later called the idea "ludicrous."

But Trump never gave up on the idea publicly, even after he stopped talking about it openly, deflecting questions instead.

He called for hackers to attempt to reveal Obama's college admission files to check where he was born. He even offered Obama a $5 million donation to a charity of his choice to release the records. Trump speculated, without evidence, it was possible Obama was born in the U.S. but wrote Kenya on the form to get more financial aid.