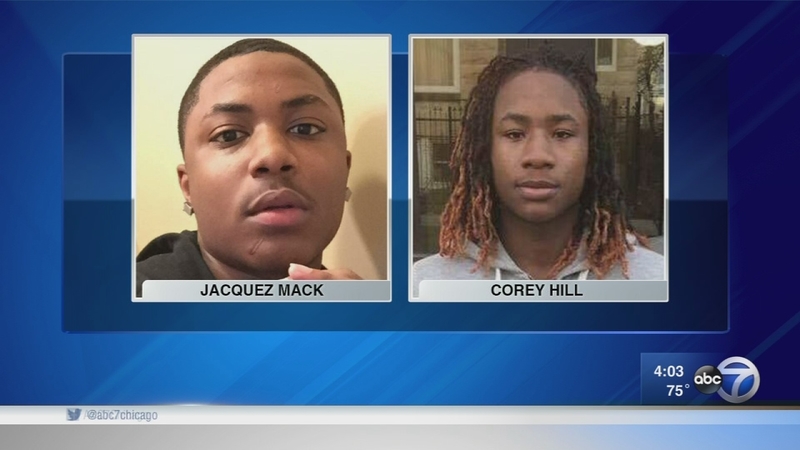 CHICAGO (WLS) -- Two boys, ages 15 and 16, were killed in a shooting Wednesday morning in the North Lawndale neighborhood on the West Side, according to Chicago police.

The victims were identified as Corey Hill, 16, and Jacquez Mack, 15, according to the Cook County Medical Examiner's Office. Both were from Chicago and longtime friends.

No one was in custody Wednesday afternoon.

At about 9 a.m., the teenagers were standing on the sidewalk in the 1200-block of South Lawndale when a masked suspect armed with a rifle got out of a silver vehicle and fired multiple rounds, according to Chicago police.

Witnesses said the gunman stood over the victims and continued to fire shots as they lay dying.

The shooter got back into the same vehicle and drove away. As detectives searched the street for evidence Wednesday afternoon, yellow markers were placed near the dozens of shell casings.

Neither of the teenagers lived in the neighborhood, but they may have been visiting relatives who do live on the block. A motive was not immediately clear.

"It saddens my heart to see what's going on in this community, child after child, life being taken at the hand of gun battle," said activist Melannie Williams. "It's sickening, it's sad."

"Every day, every other week, somebody getting killed. It's crazy. Our kids can't even come out and play," said neighbor Teresa Smith.