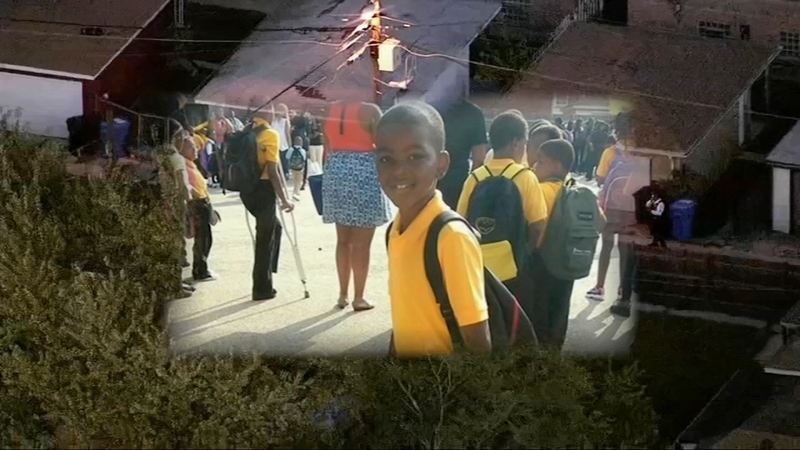 CHICAGO (WLS) -- The trial for the murder of 9-year-old Tyshawn Lee in Auburn Gresham in 2016 began Tuesday.

The uncle who found the body of 9-year old Tyshawn Lee took the witness stand Wednesday at the trial of two men charged in the boy's murder.

Prosecutors said the 2015 deadly shooting was retaliation against Lee's father.

Minutes before he was killed execution style in this alley near 80th St. and Damen Ave., the young boy left his grandmother's house. On the witness stand Bertha Lee recalled the last time anyone in the family saw Lee alive.

Prosecutors said that's because Doty, Morgan and another man lured him into that nearby alley where Doty shot him in the head.

Police detective John Murray pointed out a picture of the bloody scene with the boys' basketball near his body.

Prosecutors said the basketball had DNA evidence linking Doty to the scene.

Witness LaShaunda Higgins also described seeing the three men at the park and described the clothing Morgan was wearing that day in early November of 2015.

Boone-Doty and Corey Morgan will be tried together but before separate juries, each of which will only consider the evidence as it pertains to one of the defendants. Their defense attorneys said the evidence is all circumstantial and fails to prove prosecutors have the right men.

They also said police were under intense pressure to make arrests in the case that garnered national attention.

Herman Otero was one of the first officers to arrive and described the scene as, "One of the most disturbing things I've seen."