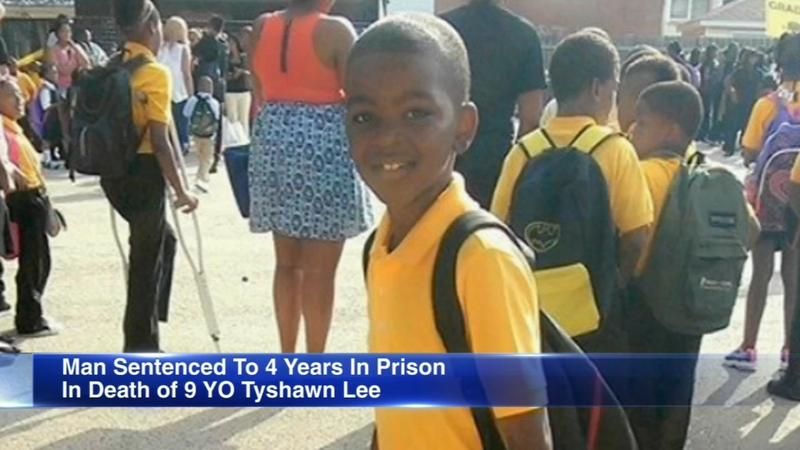 CHICAGO (WLS) -- A man who was accused of trafficking guns to Chicago, including the one used to kill 9-year-old Tyshawn Lee in 2015, was sentenced to four years in prison Tuesday.

Prosecutors said Anthony Morgan, 32, trafficked guns to Chicago through a purchaser in New Mexico. One of the guns was used to kill Lee in an alley near Dawes Park on the South Side in 2015. Prosecutors said the child was targeted because of his father's gang affiliation.

Morgan illegally bought at least seven guns for his gang, the Chicago Sun-Times reports. Then, a little more than a month after his purchase of the fifth, that gun was used in the brutal, execution-style killing of Lee.
Morgan pleaded guilty to conspiring to commit an offense against the United States. That charge carried a maximum five-year prison sentence, and federal sentencing guidelines would have put Morgan behind bars for closer to two years or so.

But Assistant U.S. Attorney James Durkin said the charge "does not capture the full extent and horror" of Morgan's crime and he argued for the maximum sentence Tuesday.

"Those guns left a trail of carnage in this community," Durkin wrote in a court memo filed last week. "Three are tied in shootings in Chicago, two were used in homicides, and one was used in the targeted murder of 9-year-old Tyshawn Lee."

Morgan's brother, Corey Morgan, is charged along with two others in the boy's murder. They are expected to go to trial next month.