Mom, 2 kids among 5 hurt in South Side crash involving Uber 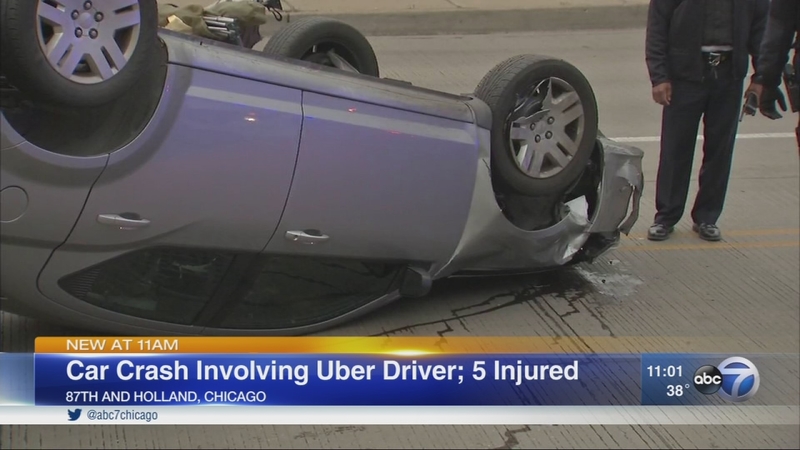 CHICAGO (WLS) -- Five people were sent to the hospital Friday morning after a crash involving an Uber on Chicago's South Side.

Emergency crews responded just after 7 a.m. to a report of a crash near West 87th Street and South Holland Road in the city's West Chatham neighborhood.

Police said an Uber driver swerved to avoid something in the road and crashed into another vehicle. Video from the scene shows the Uber flipped over. A woman and her two children were riding in that car.