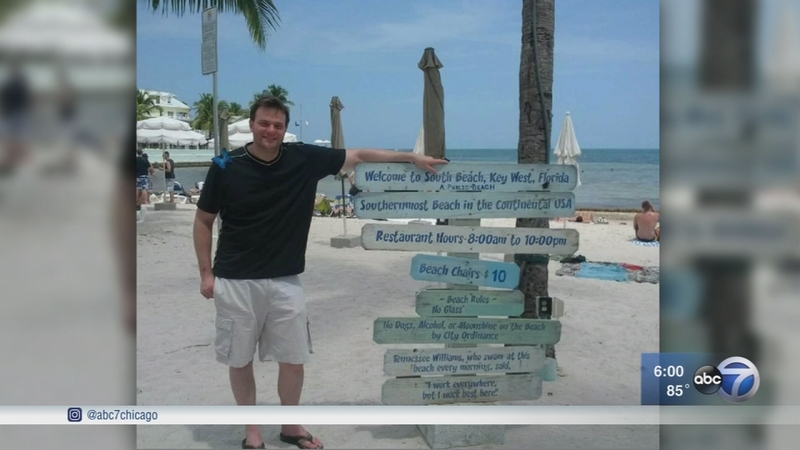 SKOKIE, Ill. (WLS) -- The Skokie funeral home opened an overflow room on Friday to accommodate the many mourners of Grant Nelson, the Uber and Lyft driver who was stabbed to death by a 16-year-old girl.

The Nelson family thanked those who called for help on early Tuesday morning and the first responders who tried to save Grant Nelson.

The 34-year-old was violently killed after picking up a passenger early Tuesday morning.

16-year-old Eliza Wasni has been charged as an adult with first degree murder after she allegedly used a stolen machete to stab Nelson in a seemingly unprovoked attack, according to prosecutors.

On Friday, friends and relatives focused on his life. Nelson was described as kind, generous and thoughtful with a big heart for humans and animals.

Grant Nelson, an Uber driver who was killed earlier this week, was remembered on Friday.

Dozens of fellow ride share drivers staged near the funeral home to escort the procession to the cemetery.

Most of the drivers did not know Nelson but understood the dangers that exist as ride share drivers.

"We feel immense grief for the family that lost him and we wanted to show them that we understand, and we know what they're going through, because it's something we think of on a daily basis," said Lyft driver Emma Fine. "I've have to call police three times on passengers that were violent or not appropriate in the cars."

Madanoglu said he was robbed at gun point.

Dozens of ride share drivers went off duty and rode with the funeral procession for their fellow driver. They joined along Niles Center Road and stayed with the mourners until the cemetery.