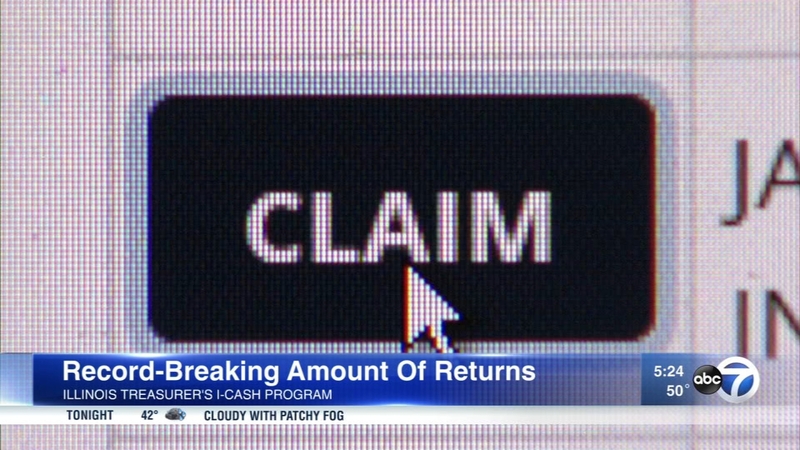 A record-breaking $200 million in forgotten cash and securities were returned so far in the 2019 fiscal year, Illinois State Treasurer Michael Frerichs said Monday.

Nearly 200,000 claims were paid to individuals, employers and nonprofits. This is the largest amount in the program's 58-year history.

"Reuniting people with their unclaimed cash and property is one of my most fulfilling duties as state treasurer," Frerichs said. "We are proud of the changes to our program that have helped pay out a record number of claims in a faster, more efficient way."

The treasurer's office has increased the number of returns due to improved technology, officials say. Additionally, a change in state law allows the treasury to send checks to qualifying individuals even if they do not initiate a claim.