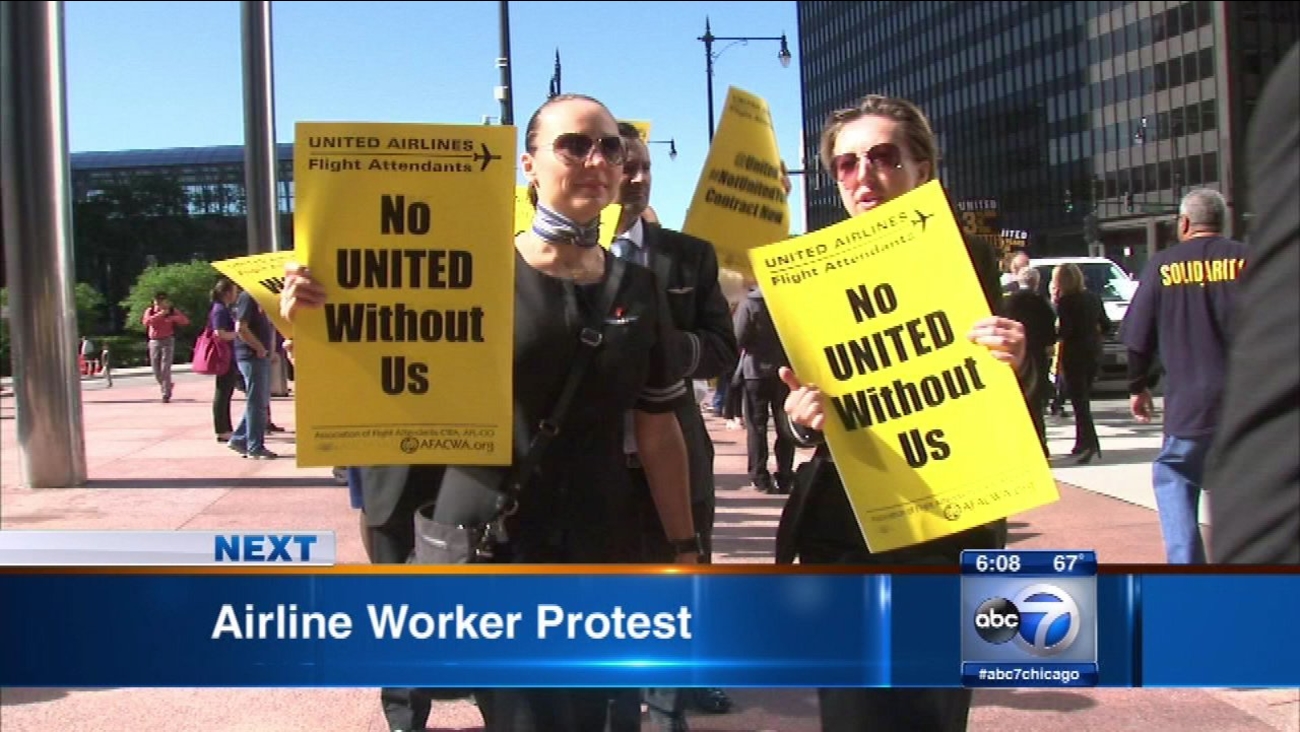 CHICAGO -- The United Airlines shareholder meeting on Wednesday was the sight of several protests today by United Airline employees and subcontractors.

The picketers marched outside the Willis Tower during the meeting to express concern over low standards for workers, specifically those who are subcontracted to work for United.

The association of flight attendants are demanding a new contract from the airline.