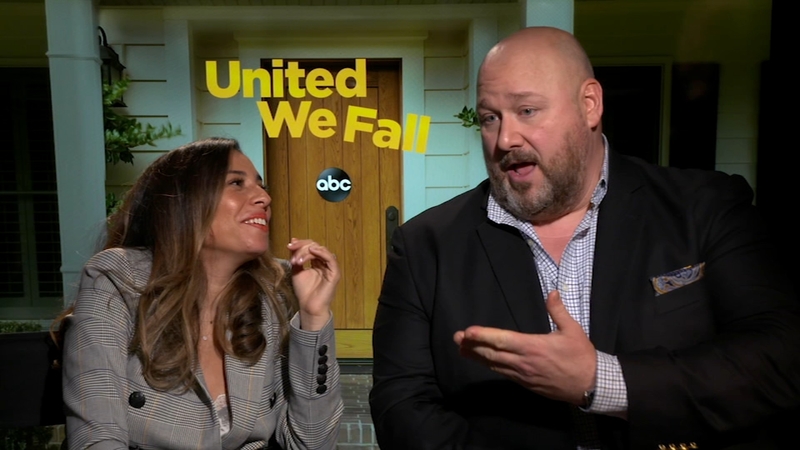 A new comedy that debuts on ABC Wednesday night is about a laid-back family and their opinionated relatives who are always getting involved.

"United We Fall" airs on ABC7 Wednesday at 7 p.m. CT with back-to-back episodes.

The stars who play the parents of two young daughters on the show spoke to ABC7 about their roles navigating their extended family circus.

"It's sort of a lovely thing, of how much he loves his family and I think he shares this with his wife Jo," said Will Sasso, who plays Bill Ryan. "How much they love their family and at the same time, wish they could be alone for two minutes and wish they could have a life."

Both Sasso and Vidal Mitchell praised their co-star Curtin.

Sasso said Curtin is "such a 'great' that you realize that you're influenced by her, even if you can't point to it."

"When you see her spin a line, hit these one-liners, you're kind of like, yeah there's no other way to do that. That's Jane Curtin," he added.