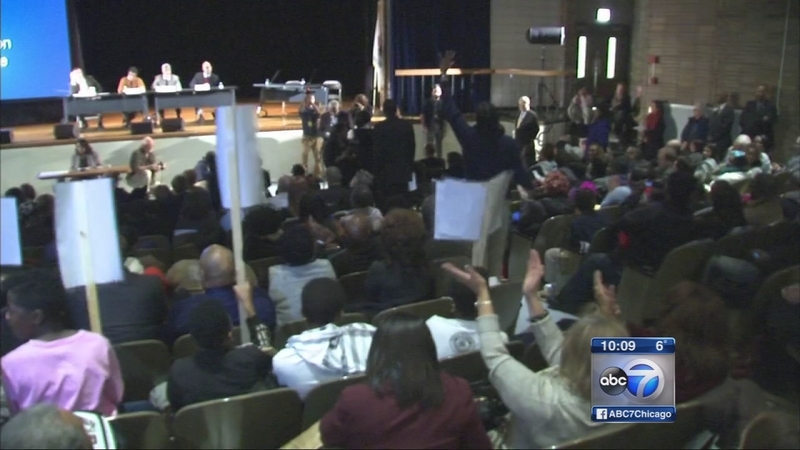 CHICAGO (WLS) -- Hundreds of South Side residents packed the auditorium at Hyde Park Academy High School for the first of two public hearings about the possible future location of the Barack Obama Presidential Library. There was no shortage of opinions.

University of Chicago and and UIC are among the finalists, and the main issue is land.

The UIC proposal involves space in North Lawndale. U of C is pitching two locations on the South Side - a 22-acre location in Washington Park and a 21-acre spot in Jackson Park - both of which are on Chicago Park District land.

Taking away public park land does not sit well with park supporters. Mayoral candidate Ald. Bob Fioretti is among them.

"They want to use open public land for a private institution, the answer should be no," Fioretti said.

Mayor Rahm Emanuel says he will do what he can to ensure the library comes to Chicago, but won't say if he plans to replace any park land.

"I don't want to look back after this decision and say we should have done something when it's all within our power to make it easy," Emaneul said.

In the mix, there was another group opposing the library. Trauma center activists staged a die-in opposing the U of C library bid. First, they want a trauma care hospital for adults in the area.

"Why would you want to give the first black president's presidential library to an intuition that has not at all shown any concern, care, or priority for your life," said Veronica Morris-Moore, resident.

Another public hearing is planned for Wednesday. U of C officials released a statement saying Tuesday night's turnout and comments from the public show, to them, overwhelming support for the sites chosen for their bid.