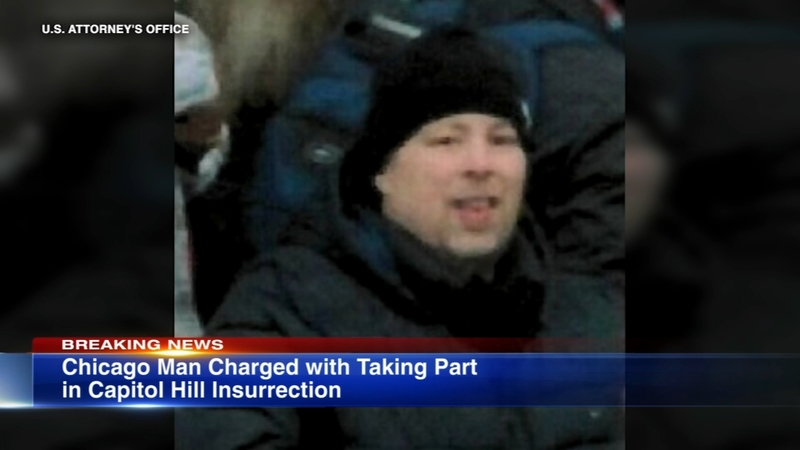 CHICAGO (WLS) -- A Chicago man said "Nazis, where are you?" while inside the US Capitol on Jan. 6, 2021 according to federal investigators, and has been charged with four misdemeanor counts for allegedly joining in on the rioting.

Athanasios Zoyganeles, "approximately 44 years old" prosecutors stated, bragged on social media that he had "rushed the Capitol" on Jan. 6. Zoyganeles was arrested in Chicago on Tuesday after authorities said a tipster pointed them to Facebook posts allegedly showing the Chicago man.

The social media post cited by prosecutors includes what the tipster called a "very creepy video of him in the Capitol saying, 'Nazis, where are you??'"

According to the FBI informant, video shows Zoyganeles appearing to be inside congressional offices saying "let's clean up" as he and other members of the mob ransack files and books.

Zoyganeles' Facebook page states that he attended Laporte High school and moved from Chicago to Panama City Beach, Florida on May 24, 2021. However, arrest records show he was taken into custody on Tuesday in Chicago. His commentary and videos pertaining to the Jan. 6 attacks are still posted on his Facebook page.