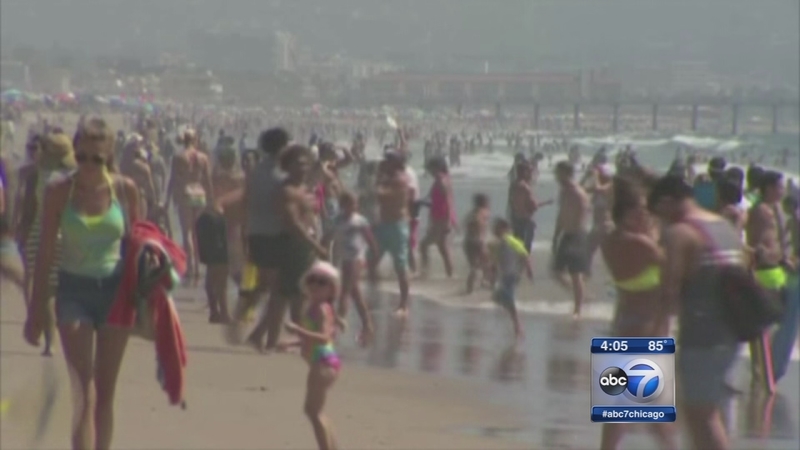 CHICAGO (WLS) -- Illinois isn't the only state feeling the heat. Parts of the northeastern U.S. could break records as ''real feel'' temps soar into the triple digits.

The heat wave is also being felt out west. A scorcher from coast to coast means millions of Americans spent the day baking in the summer heat and looking for any means to stay cool.

The city fountain did the trick for children in Philadelphia while Jersey Shore beaches were a hit for many others.

"Flat water is great for lifeguards and people that are not experienced swimmers. Surfers and body boarders want waves but for me, it's easier on my job," Ray Elms, director of Belmar Lifeguards, said.

Air quality warnings and advisories went into effect from Virginia to Connecticut. Officials urged children and adults with breathing problems to avoid the outdoors. Once inside, consumers need to conserve power by unplugging any unnecessary devices.

Out west, soaring temperatures from Arizona to Nevada and California are keeping officials on their toes. The blistering heat turned playgrounds into danger zones.

"We are running about 130 right here," one official said. "If the child decides to climb up the ladder, they could get burned hands."

A heat wave is declared when there are three consecutive days of temperatures at 90 or above. On Monday, New York City marked its first heat wave in two years.