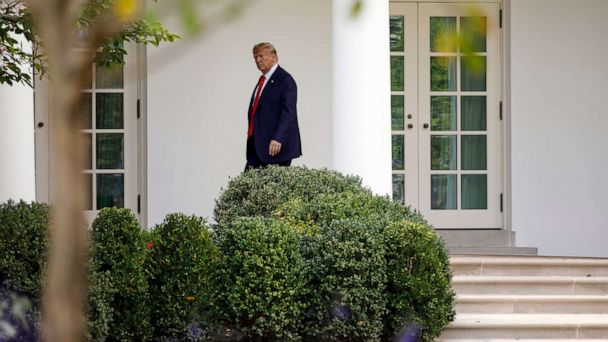 The Trump administration notified the United Nations of its withdrawal from the historic Paris climate accord on Monday, a move that will take effect one year later, on Nov. 4, 2020 -- the day after the 2020 elections.

The formal notification comes over two years after President Donald Trump announced he would pull the U.S. out of the agreement, criticizing it as imposing an unfair burden on the U.S. and doing little to halt climate change-causing emissions from other countries -- claims that critics say mischaracterize the agreement.

The agreement, which has now been signed by nearly every nation on earth, seeks to limit global temperature increases to less than 2 degrees Celsius, with each country setting its own nonbinding emission targets and reporting on its progress to reduce them.

In announcing the move on Monday, Secretary of State Mike Pompeo condemned the "unfair economic burden imposed on American workers, businesses, and taxpayers by U.S. pledges made under the Agreement." Instead, he said, private sector innovation had helped grow the U.S. economy while reducing emissions -- pointing to a reduction in greenhouse gas emissions between 2005 and 2017 of 13%.

But emissions of carbon dioxide, the leading greenhouse gas, rose in 2018, according to the U.S. Energy Information Administration, and while those emissions are expected to decline in 2019 and 2020, the EIA reports that is mostly because of "milder weather ... and, consequently, less energy consumption" and emissions still won't fall beneath 2017 levels.

Since Trump announced his plans to withdraw from the agreement groups of prominent leaders from the private sector and state and local governments have launched an effort to represent the U.S. in global conversations about climate change, even if the U.S. government doesn't officially sanction their position.

That "We Are Still In" coalition has attended multiple U.N. meetings -- where they say the U.S. government delegation did not do enough -- and the group announced on Monday that members will attend the COP25 climate talks in Madrid later this year.

"Abandoning the Paris Agreement is an abdication of leadership that the vast majority of Americans oppose. Americans want action on climate change, and it's up to the public to deliver what Washington won't -- and we are," former New York City mayor and U.N. special envoy on climate action Michael Bloomberg said in a statement, adding that his philanthropies are helping make up some of the gaps in funding for climate work at the international, state and local level.

Climate change advocates and experts have consistently criticized Trump for stepping back from climate change as a priority. They called the decision to officially withdraw from the Paris Agreement a serious mistake.

"Walking away from the Paris agreement is a grave and reckless mistake. We'll all pay the price -- none more than our children. Climate change won't be solved without a global effort. It won't happen without U.S. leadership. It won't happen as long as the world's second-largest climate polluter is backsliding on the climate pledge it has made to the rest of the world," Mitch Bernard, president of the Natural Resources Defense Council, said in a statement.

All the Democratic candidates for president have said one of their priorities on climate change would be to re-engage on the international stage and push for the drastic reductions in greenhouse gas emissions that experts say are needed to meet the goal of limiting warming before consequences become more dire.