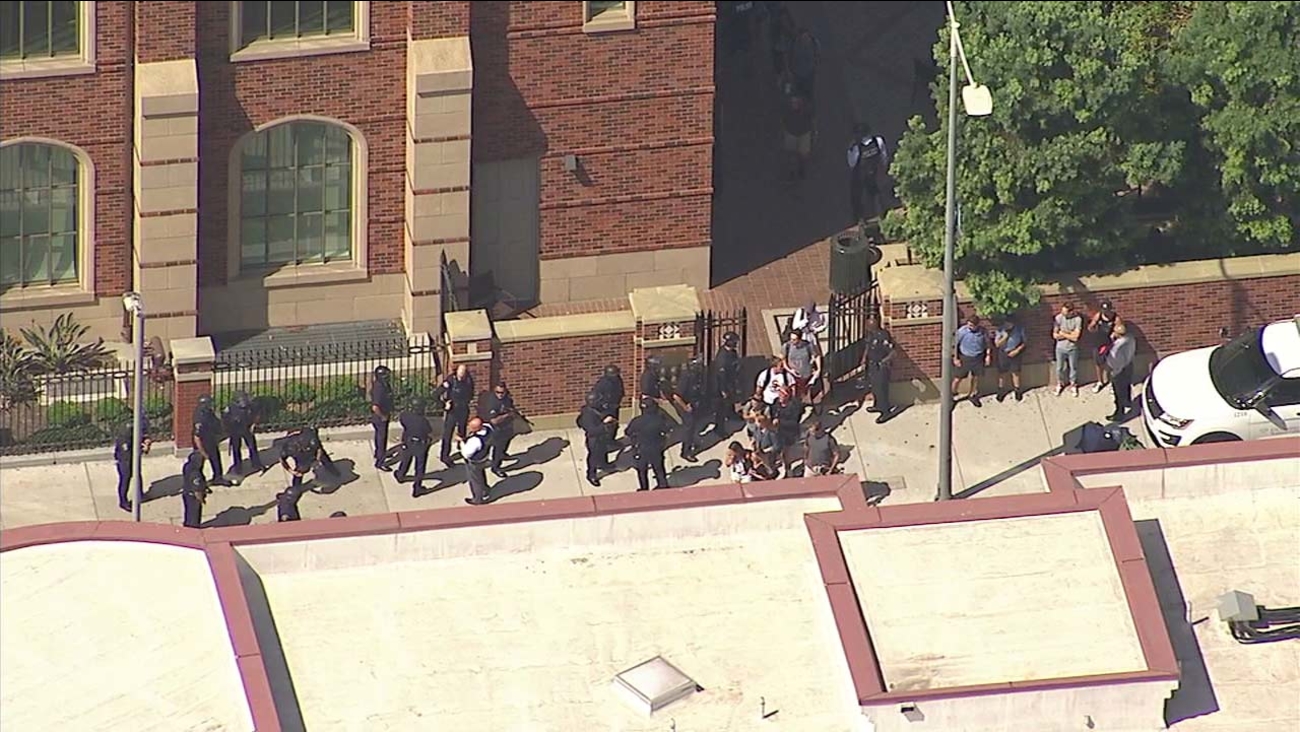 LOS ANGELES -- A USC professor suffered "some sort of an episode" that caused students to believe there was an active shooter at school, triggering the campus scare and police response on Monday, police said.

LAPD Deputy Chief Phillip Tingirides said the professor, who was not identified, told her students to lock the doors and get on the floor. Then, she began yelling, "active shooter."

The students became fearful and began texting and calling friends, telling them there was an active shooter on campus, Tingirides said.

Many even alerted police, who responded to the campus immediately. This all unfolded around 12:17 p.m. in the 3500 block of University Avenue.

LAPD officers and officials with the USC Department of Public Safety searched the campus, focusing mainly on Fertitta Hall.

The search netted no evidence of a shooting or a shooter at school, authorities said. An all-clear was subsequently declared.

Tingirides said the professor was in LAPD custody.

"We're trying to figure out what our best course of action is going to be with her," he said.

Tingirides said he does not believe this was some kind of test or drill.