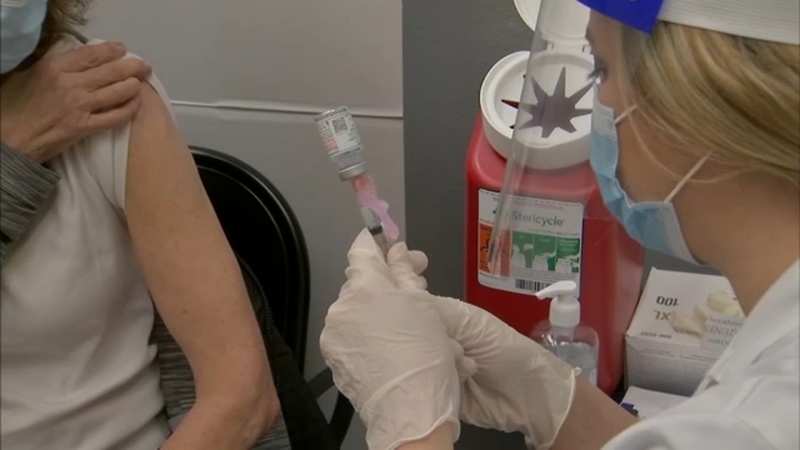 CHICAGO (WLS) -- There are few things more normal than the sight of a crowded beach on the 4th of July weekend. However, even as Americans celebrate Independence Day with renewed verve this year, freedom from the virus may still be far off with a highly transmissible delta variant infecting unvaccinated communities.

"They are going to be fodder for the virus," said Dr. Richard Novak, head of infectious diseases at UI Health. "The virus will infect them, it will mutate in them and the new variants will come from them and we'll all be at risk."

According to the latest ABC News/Washington Post Poll, three in 10 adults said they have not gotten a coronavirus vaccine, and definitely or probably will not get one.

RELATED: How many people in your area are hesitant to get the COVID-19 vaccine?

Of this group, 73% believe U.S. officials are exaggerating the risk of the delta variant and 79% think they have little or no risk of getting sick.

Jeff Zients announces in a Tuesday, June 22, White House briefing that 70% of Americans 30 or older have gotten a COVID-19 vaccine.

"It's almost heartbreaking that now the two populations that need this, the most are urban minority patients and rural white patients, are the ones that are saying no in the loudest numbers," said Dr. Mark Loafman, with the Cook County Health Department. "That group of patients that were able to hear facts and be reassured, we got to them. It's this group that the facts aren't going to fix it for them."

With nearly 70% of the eligible population vaccinated in Illinois, demand has slowed down to a trickle. At Cook County's mass vaccination sites Monday, free hot dogs were offered to those getting their shots.

"It's been long enough," said Christina Brown, who got her first shot Monday. :I started seeing results. Everybody was doing it. I wasn't hearing nobody having that bad of side effects. I said alright I'll go get it, and see what happens."

RELATED: Unvaccinated people to pay more for some cruises

However, there are still others who feel their freedom to choose was taken away.