WLS
By Diane Pathieu and Will Jones
MIDLOTHIAN, Ill. (WLS) -- A 22-year-old Harvey woman was strangled before her body was found earlier this week at a Midlothian forest preserve in the south suburb.

Autopsy results released Thursday revealed Vanessa Ceja-Ramirez died of asphyxiation due to a ligature strangulation, according to the Cook County medical examiner's office. Her death has been ruled a homicide.

Ceja Ramirez, of Harvey, was last seen Monday afternoon. She'd been walking with her mother in the Midlothian Meadows forest preserve, but decided to separate and said she'd meet her later at the car. The 22-year-old teaching aide never made it.

"She's just somebody that we believed in, that had our future in her hands, just like most of our kids here," said Alejandro Villegas, her uncle. "She was a sweet child that was humble, smiled, shy. She was a good person. And she just didn't deserve anything of this."

"Whatever information you may have, if you just saw Vanessa at a split second, say something to someone about it," Harvey Mayor Christopher Clark urged the public.

Ceja Ramirez disappeared Monday afternoon in the forest preserve. She was out for a walk with her mother and she decided to head back to their car, but never made it.

Investigators tracked the last signal from Ramirez's cell phone to an apartment building two miles away in Oak Forest. But a police canvass turned up nothing.

Ceja Ramierez was a teacher's aide and was also attending college. Her family and friends came together in Harvey for a vigil Wednesday night.

Community Activist Andrew Holmes said he plans to pass out flyers at Midlothian Meadows to help find the person or people responsible for taking her life.

Holmes said there is now a $2,000 reward for information that leads to an arrest. The Cook County Sheriff's Office is handling the investigation.

Earlier today, an autopsy conducted by the Cook County Medical Examiner's Office determined that Vanessa Ceja Ramirez, 22, of Harvey, died of strangulation, and her death was ruled a homicide.

Ceja Ramirez was reported missing on Monday afternoon after she disappeared from the Midlothian Meadows Forest Preserve.

Cook County Forest Preserve District Police, with assistance from the Sheriff's Office and other local law enforcement agencies, searched the forest preserve on Monday evening. A Sheriff's Police K9 unit was able to detect a scent trail, but the trail dissipated and the search was unsuccessful.

Cook County Forest Preserve Police continued their missing persons investigation until Wednesday afternoon when the body of Ceja Ramirez was discovered in a wooded area at the Midlothian Meadows forest preserve. At that point, Sheriff's Police opened a death investigation at the request of Cook County Forest Preserve Police. The investigation is ongoing, and anyone with information about her disappearance or death are asked to please contact Sheriff's Police detectives by calling 708-865-4896 or via email at detective.division@cookcountyil.gov.
Report a correction or typo
Related topics:
midlothianharveycook countystranglingmurderhomicidemissing womanbody founddeath investigation
Copyright © 2020 WLS-TV. All Rights Reserved.
DEATH INVESTIGATION 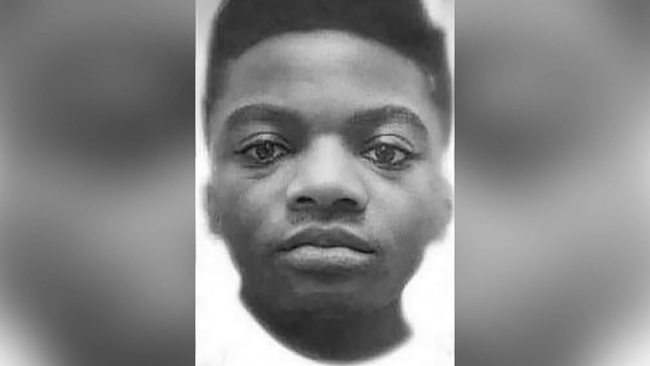