President Barack Obama laid a wreath at Arlington National Cemetery in honor of Veterans Day. In Chicago, an 89-year-old tradition marched on in Bronzeville.

CHICAGO (WLS) -- President Barack Obama laid a wreath at Arlington National Cemetery in honor of Veterans Day. In Chicago, an 89-year-old tradition marched on in Bronzeville.

Bands, ROTC units and the consul general of France celebrated the contribution of African Americans to the French during World War I with a Veterans Day parade.

and we must honor those people," Consul General of France Vincent Floreani said.

Veterans Day is about remembering the service of all U.S. military veterans, not only those who sacrificed their lives. In Bronzeville, organizers want to make sure younger generations know their history.

"World War I just happens to be the war that members of this community went and fought for the French. French uniforms, French rations, first time they had weapons in combat and the French treated them very well," Colonel Eugene F. Scott, veteran, said.

The parade ends at the Victory Monument, located at 35th and Martin Luther King Drive, with a ceremony.

Mayor Rahm Emanuel will honor veterans, including Senator Mark Kirk, at Soldier Field on Wednesday. The ceremony begins at 11 a.m. and includes a wreath-laying and 21-gun salute. Retired Captain William Albracht will be the keynote speaker. At 21, he was the youngest captain to command combat troops in Vietnam.

Emanuel is expected to announce 450 more housing choice vouchers for men and women who have served in the military. The Chicago Housing Authority will provide up to 150 vouchers per year - through 2018 - to house veterans.

The Naperville Park District set up thousands of American flags on Rotary Hill in honor of Veterans Day. The 2015 Healing Field of Honor is open to the public 24-hours a day through Friday. There is also a replica of the Vietnam Veterans Memorial Wall. 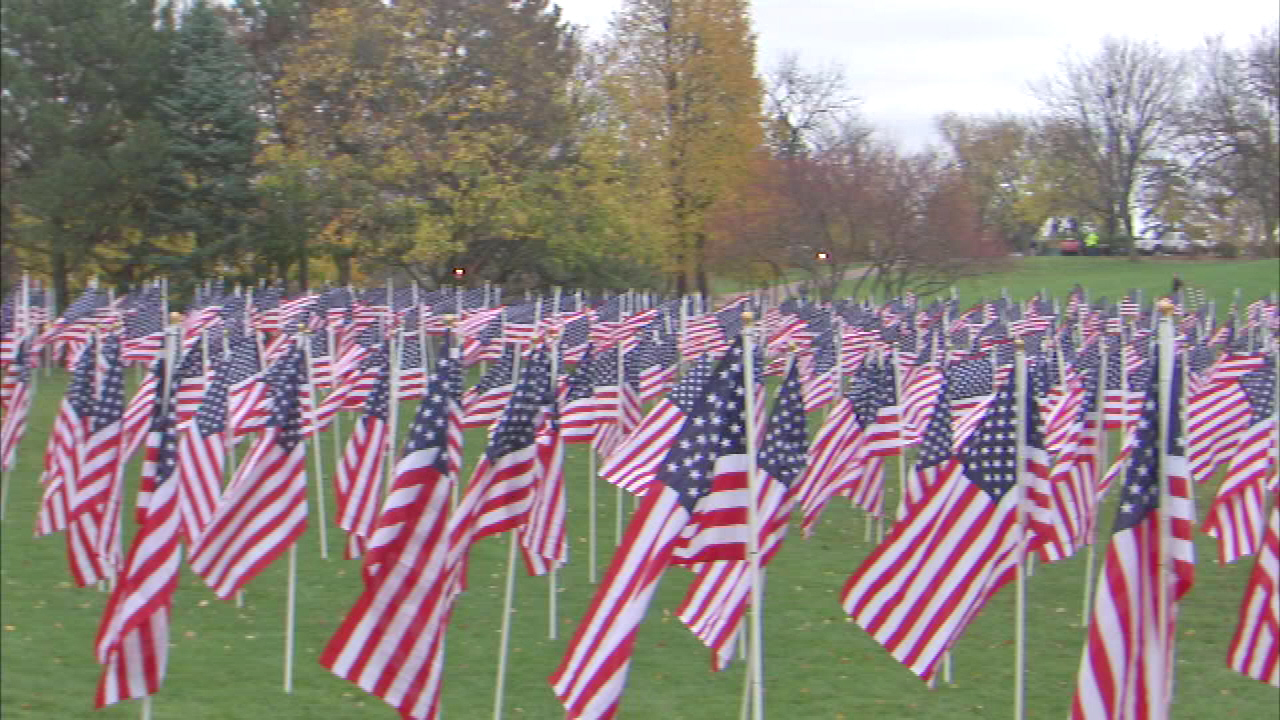