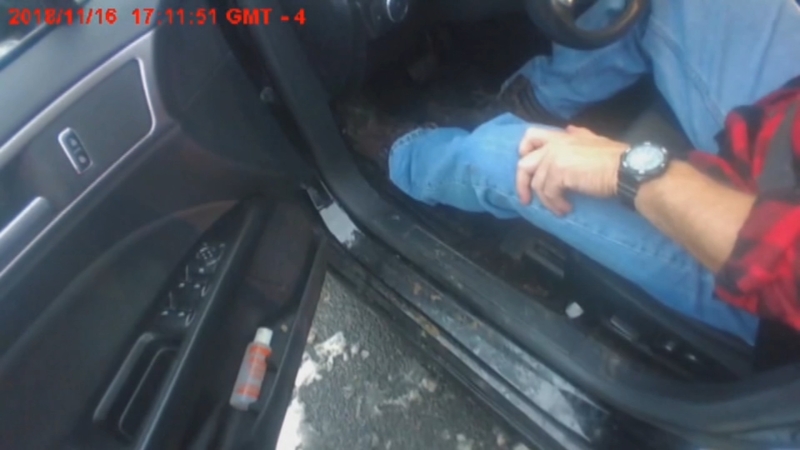 KALKASKA, Mich. -- A police report and bodycam video show that a Michigan sheriff accused of drunken driving asked a deputy not to arrest him.

The video shows Kalkaska County Sheriff's Deputy Ashley VanSloten knocking on Stephenson's window and waking him up while his vehicle was parked along the side of M-66 near Lund Road.

"Sir, you need to wake up and talk to me," VanSloten said. "My dispatcher called, someone thought you were dead over here."

Stephenson was suspected of drunken driving after leaving a deer hunting camp. He admitted to drinking earlier in the day.

"I don't know who you are," VanSloten said on the video.

He told her he had a bad day. A short time later, Garfield Township Police Chief Jerry Cannon arrived at the scene. Cannon and Stephenson know each other.

The police report showed Stephenson had trouble with sobriety tests performed during the incident. On the video, he worried he wouldn't pass the preliminary breath test. Stephenson was heard asking not to be arrested.

A breathalyzer test revealed a blood-alcohol level nearly three times the legal limit for driving. The "super drunk" limit is .17 in Michigan. Stephenson blew a .23.

In the video, Stephenson asked VanStolen and Cannon not to arrest him. Cannon walked away to make a phone call, but it is unclear who he called. He said Stephenson had to go to jail.

Stephenson apologized to VanStolen for putting her in that position. She said she was sorry, but there was nothing she could do.

"I made a poor choice. I drank too much today," Stephenson said.

"You own it, and people will understand," Cannon said.

Stephenson was fined and placed on probation for a year. He later issued a public apology.